$1.6 million was spent to replace the original bridge, which was built in 1974. 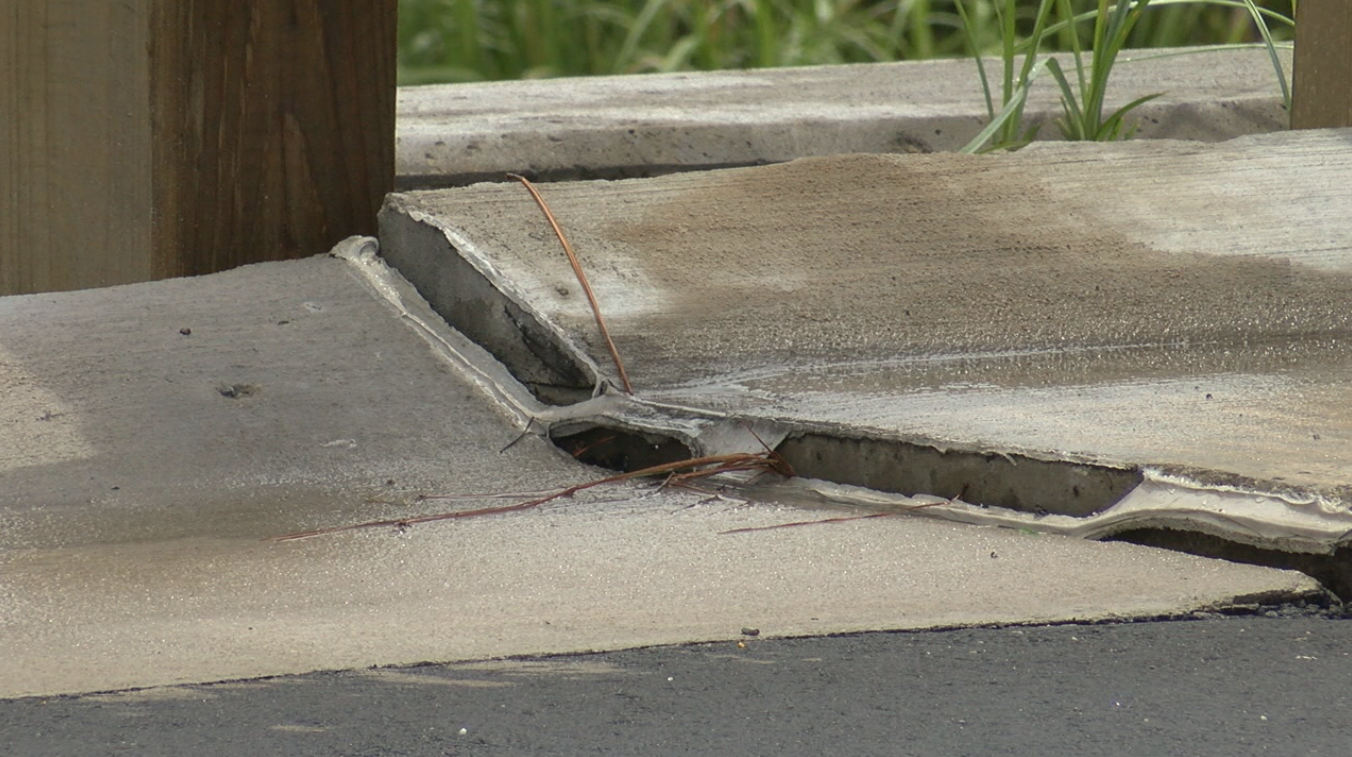 Now, the road that connects to the new bridge is beginning to sink creating a small crack between the bridge and road.

The DOT is investigating.

Brian Rick with the NCDOT released this statement:

“Some of the roads along the waterways have poor, compressible soils that extend very deep below the surface.  It is difficult to predict how these soils will react when there is an existing road already there, such as this location, and we add a minimal amount of additional embankment (weight) onto it, in order to raise the elevation of the bridge.  We take measures to minimize these impacts, but the engineering for some of these unknowns is very challenging.  In most cases where these poor soils are present, the settlement is negligible, but sometimes it is more extensive, unfortunately.  The crack that is present here is strictly a settlement issue.  The bridge itself is on a very deep pile foundation and is not a concern.”