While performing routine analysis of human bones collected from an archaeological dig in Portugal, the biology professor stumbled upon a new discovery – the earliest evidence for mercury poisoning in the history of the human population.

Emslie’s research, a highly-collaborative effort with some of the top archeologists and physical anthropologists in Iberia (Spain and Portugal), was recently published in the International Journal of Osteoarchaeology and is the largest contaminant study ever done on human bone. 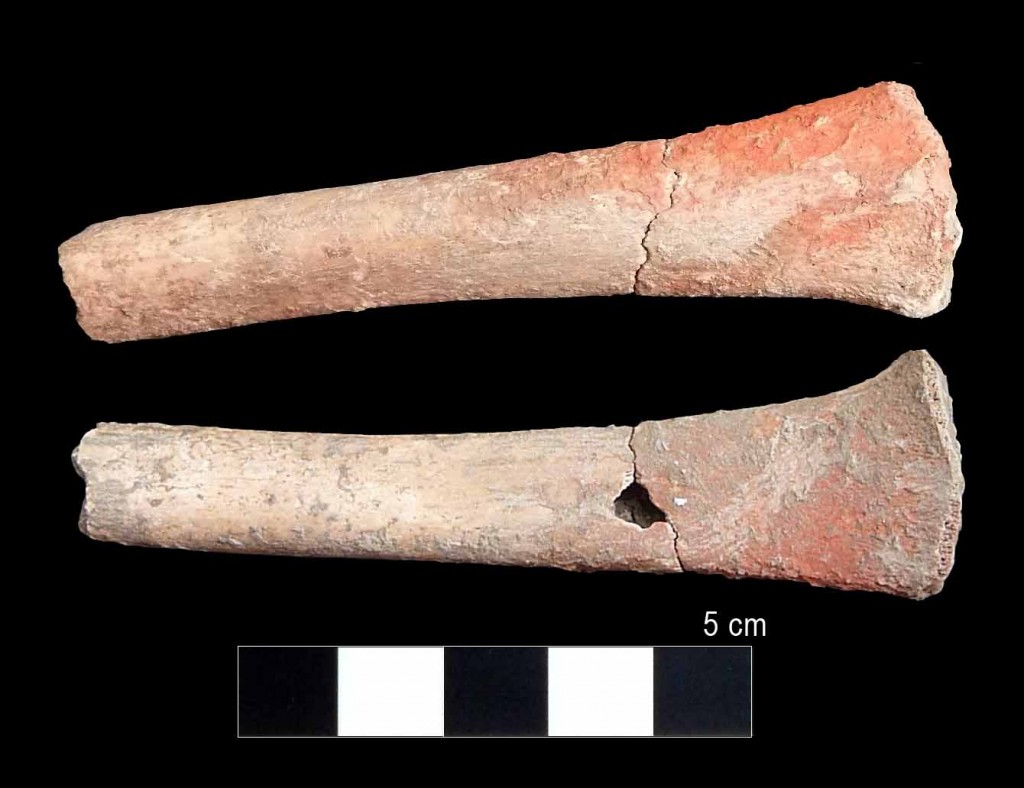 “We were testing for stable isotopes to better understand the diets of humans who lived around the time of the Copper Age in Iberia,” said Emslie. “While doing so, I also tested for mercury concentrations just as an aside, not expecting values to be very high. Instead, we found totally unexpected high concentrations of mercury and knew it couldn’t be from food. At first, we thought it was an error, so we kept testing.”

Emslie and his team tested bones from 370 individuals excavated from 50 ancient tombs located in 23 archaeological sites in Iberia, the southwest peninsula of Europe occupied by Spain and Portugal. Many of the bones were visibly stained red, revealing that cinnabar, a mercury sulfide mineral that is found in volcanic regions, was to blame for the extremely high levels of mercury in the bones. 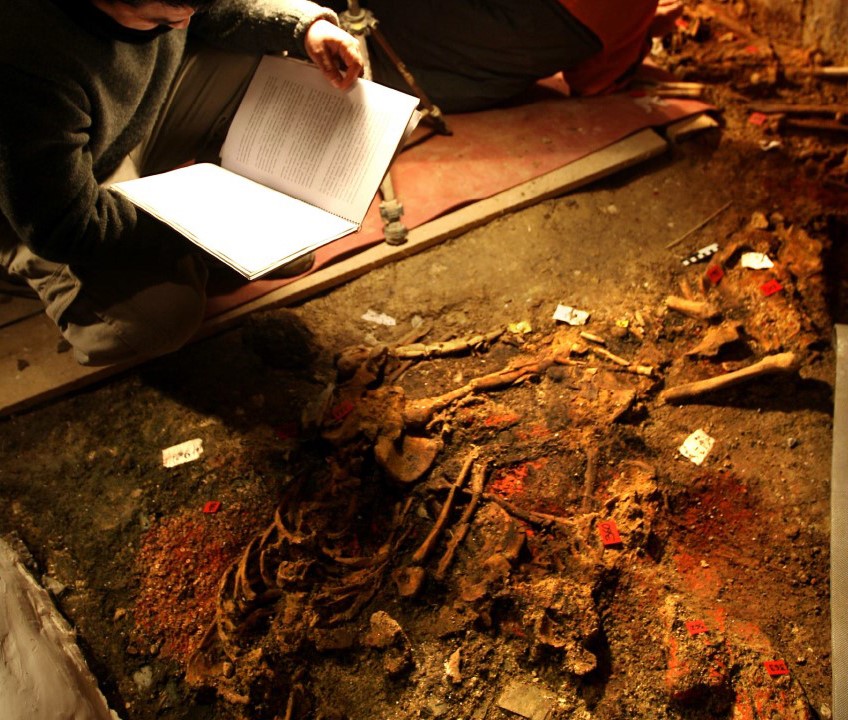 The mercury values Emslie was seeing in these ancient bones was as high as more than 400 parts per milligram (ppm) in some cases. For context, the World Health Organization recommends that human hair should not contain more than 10 ppm. Values higher than that can lead to neurological disorders, loss of motor skills, harm vital organs and can be fatal.

A cinnabar rock produces a remarkably bright red pigment when ground into a powder and mixed with oil or egg yolk to form paint. Historically, the red color was in high demand, thus cinnabar was traded as a valuable commodity. When pulverized into dust and then burned and inhaled or ingested, the mercury in cinnabar enters the bloodstream and releases fatal toxins that accumulate in the body, especially the brain and kidneys. If applied as paint, the harmful mercury from cinnabar enters the body through hair follicles and sweat glands. Some scholars suggest cinnabar was used intentionally at the time to achieve a drug-induced state. However, since there are no written records from the period, it is unclear if those using it knew it was a toxic, even fatal, drug.

“Our findings taught us a lot about the culture during the Neolithic and Copper Ages,” said Emslie. “We speculate that the generous use of cinnabar also had religious significance in high status burials and was used to dress the bodies, decorate the chambers and perform other sacred rituals.”

Collectively, the research findings led Emslie’s team to conclude that “moderate to high levels of mercury in bone were caused by exposure to cinnabar in life, from either inhalation of powder or fumes, direct absorption through the skin from body paint, or ingestion whether deliberate or not,” as stated in their paper.

The team also discovered that the use of cinnabar abruptly became almost non-existent following the Copper Age.

“We know that burial practices began to change dramatically by the Bronze Age. By then, archaeologists find more individual burial sites with little or no artifacts placed with them and virtually no traces of cinnabar. From what is known during this transitional period, new peoples were entering Iberia and very different social and cultural practices began to dominate.”

As the only American among his research team, Emslie plans to continue his work and expects to return to Iberia this summer to collect more bone samples. Funded since 2013 by sources such as UNCW’s Office of International Programs and a Fulbright Award in 2016, Emslie’s research also extends opportunities to his students. In 2018, a UNCW undergraduate Honors student went to Portugal to conduct field work at one of the archaeological sites, the first American student to work on that particular project. In the near future, Emslie hopes to recruit a Portuguese master’s student who can come to UNCW and continue the research with him in his Dobo Hall lab.