BRUNSWICK COUNTY, NC (WWAY) — A former Brunswick County deputy is behind bars after being arrested on multiple drug and embezzlement charges.

According to a release from the Brunswick County Sheriff’s Office, agents with the Vice-Narcotics Unit arrested John Christian Blasingame, 42, of Leland, during a traffic stop on Chappell Loop Road Thursday evening. 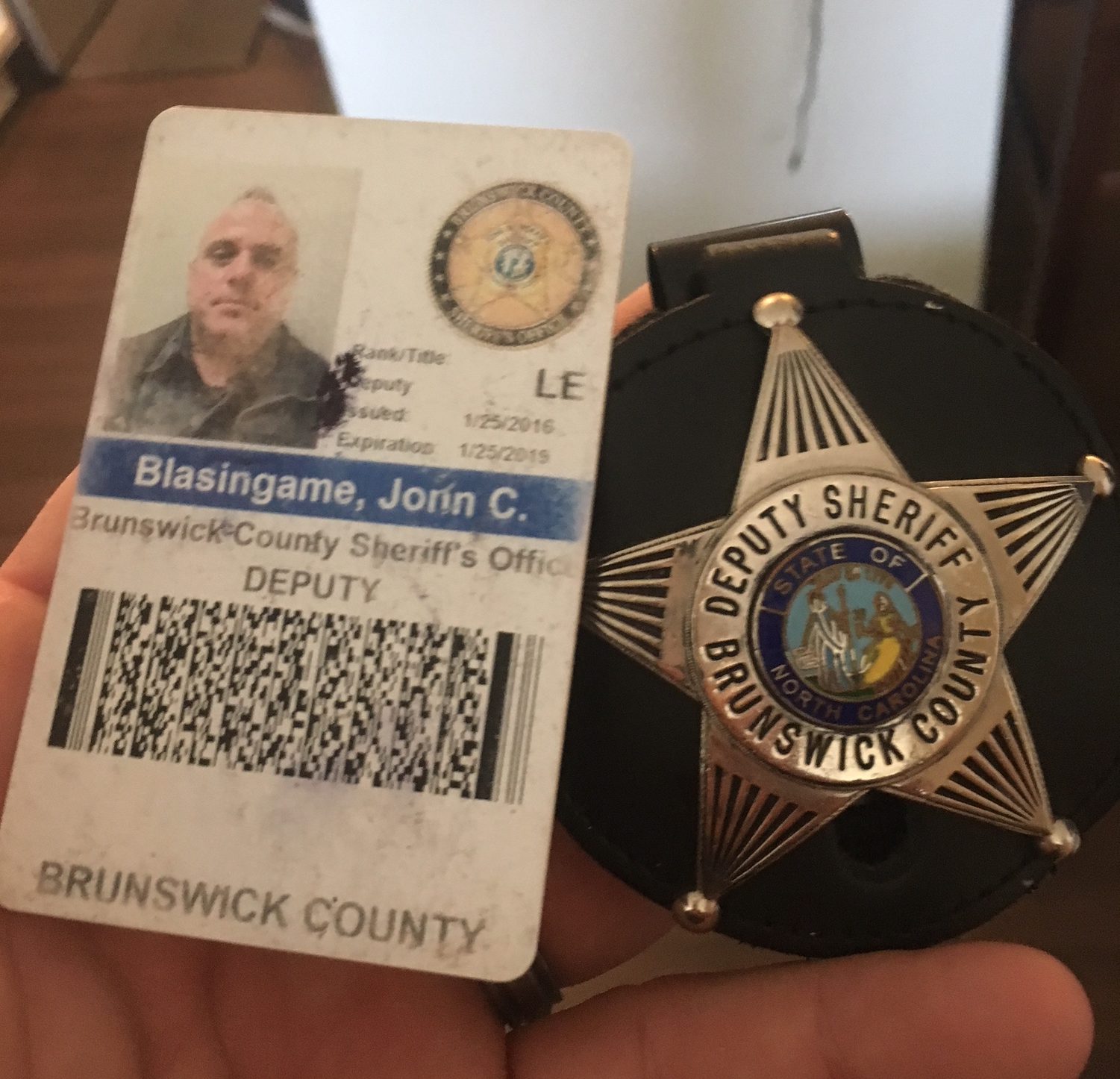 Blasingame was charged with:

He was taken to the Brunswick County Detention Center and placed under a $1.5 million bond.

Blasingame was a deputy with the sheriff’s office from January 2016, until he was dismissed by Sheriff John Ingram in August of 2016.

“Effective immediately, your service with the Brunswick County Sheriff’s Office is no longer needed. Please turn in any and all departmental identification and equipment immediately,” Sheriff Ingram wrote in the dismissal letter.

As to why Blasingame still had an ID and badge, Brunswick County Sheriff’s Office spokeswoman Emily Flax said Blasingame turned in a badge and an ID but evidently had duplicates unbeknownst to the sheriff’s office, which is why he is charged with embezzlement.

Blasingame was previously fired as a Leland Police Officer back in 2012 after it was found he had not completed mandatory training in 2009 due to a military commitment.