The New Hanover County Sheriff’s Office arrested Alan Croom, 35, for indecent liberties with a minor. The arrest took place at Wilmington International Airport, as Croom was traveling back to Wilmington from California.

Investigators say Croom was arrested on the same charge in April of 2022 for the first victim. He bonded out in April on a $250,000 bond. 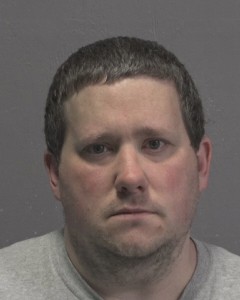 On Tuesday, April 19, 2022, and Tuesday August 2, 2022, Alan McCabe Croom was arrested by the New Hanover County Sheriff’s Office. He has been charged with criminal sexual offenses involving minors, minors who previously attended our church. For the privacy of the minors and those involved, the minors will not be identified.

This news is certainly distressing. While we would like to be able to provide more information or answer questions, we cannot do so due to the ongoing investigation and pending criminal charges. However, we can share with you that Alan Croom has been prohibited from being present on our church property or attending any church event. We continue to fully cooperate with local authorities as they conduct criminal investigations.

Our hearts continue to remain very heavy with this news, especially for those who may have been personally impacted. However, through the darkest moments, we can pray like the Psalmist, “God is our refuge and strength, a very present help in times of trouble” (Psalm 46:1). We know that God promises to work all things for good to those who are called according to his purposes. We are standing on the promises of God, our future remains strong and is as bright as His promises.

We also continue to remain in prayer for all involved, especially for those who may have been personally impacted.”

In the past month, investigators learned of the second victim and got warrants for Croom’s arrest. He was taken to the New Hanover County Detention Facility and received a $250,000 secure bond.

H2GO receives $400,000 in grants to prepare for increasing growth, demand