BLADEN COUNTY, NC (WWAY) — Authorities are investigating after a body was found near Chadbourn Wednesday afternoon.

The Bladen County Sheriff’s Office says a body was found off of Klondyke Road.

An autopsy is being performed by the Office of the Chief Medical Examiner in Raleigh on Thursday. The sheriff’s office says the cause of death along with positive identification of the body will be determined at that time.

Landreth has been missing from Bladen County since February 8. 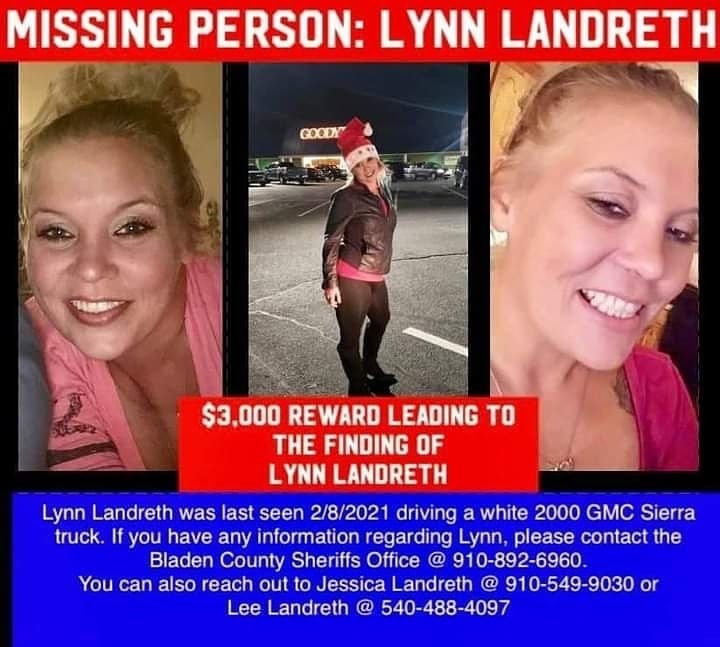 Landreth was last seen driving a white GMC Sierra extended cab truck with a “duck” sticker in the back glass.

Foul play is suspected in the death.

Anyone with information in the case is asked to contact the Columbus County Sheriff’s Office at (910) 642-6551.