BRUNSWICK COUNTY, NC (WWAY) — A World War II veteran in Ocean Isle Beach was awarded the Legion of Honor by the French government on Friday.

Similar to the Medal of Honor in the United States, the Legion of Honor is France’s highest award for military and civic merits. French Consul General in Atlanta, Vincent Hommeril, said the men received the award for their bravery fighting in France. 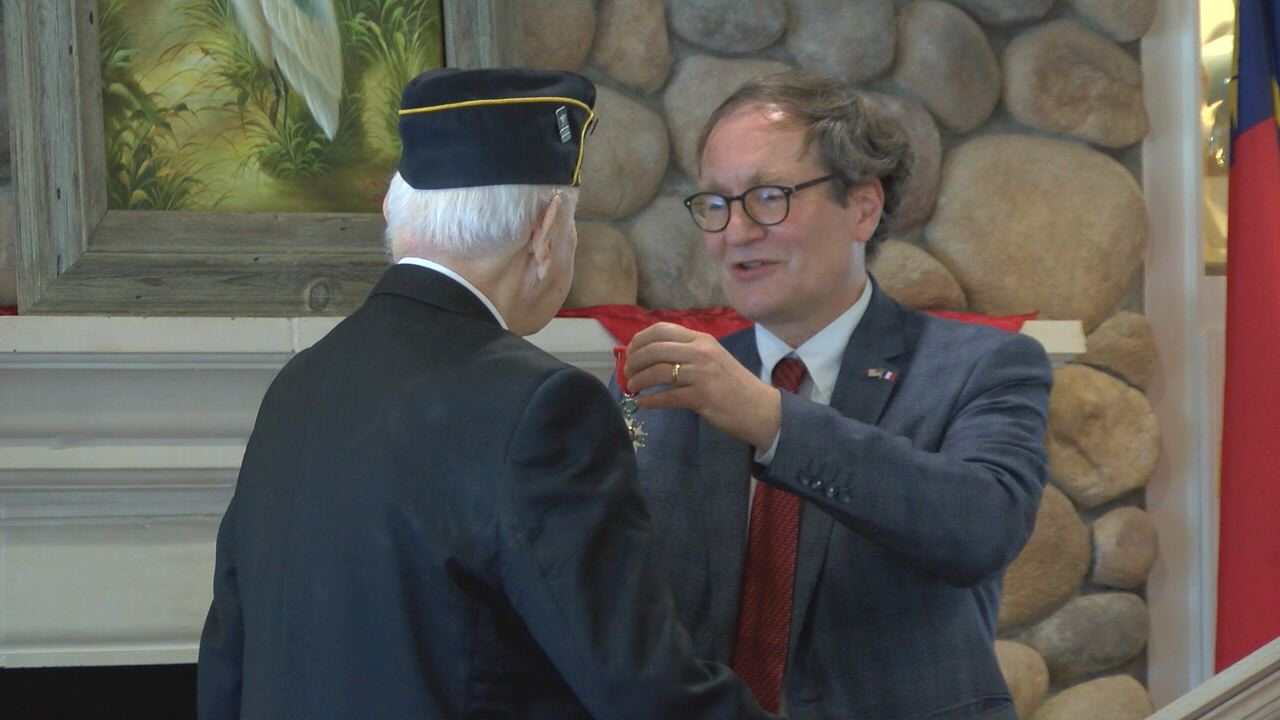 Robert T. Bradicich was 18 years old when he joined the US Army in April 1943.

As a Technician Fifth Grade of the 28th Infantry Division, Bradicich was a part in the Normandy, Northern France, Ardennes, Central Europe and Rhineland military campaigns. Among his actions, he participated in the invasion of Normandy at Omaha Beach, the liberation of Colmar and the Battle of Hürtgen Forest in Germany, where he was wounded. Notably, his division marched down the Champs-Elysées with the Free French Forces after the liberation of Paris.

“You are a true hero,” Hommeril said.

He is also a Purple Heart and Bronze Star recipient for his selfless actions.

With his wife and daughter by his side, the 94 year old says he’s lived a full life, calling this most recent recognition one of the best parts of it.

“I can’t think of anything else that was better than this so far in my lifetime,” Bradicich said. “I just makes my heart pound a little bit, pound a little more.”

In 2004, the French government opened the award to foreign nationals. Since then, a prestigious group of American veterans has received the honor — most notably Dwight D. Eisenhower, Colin Powell, and in 2015, two American soldiers who stopped a terrorist attack on board a Paris-bound train.