Is there a safe temperature to leave a dog in a car?

NEW HANOVER COUNTY, NC (WWAY) — As the weather warms up everyone heads outside, and sometimes that means bringing your pets with you.

Watson says the issue goes beyond leaving your dog in the car on a hot day.

The warm weather has only just begun, but Watson says on Tuesday alone he got five calls about animals left in the car.

“People take their animals everywhere with them.” Watson said. “But the fact remains, that they should not be riding in cars and be left to go into the store or on an errand. Five minutes turns into 30.” 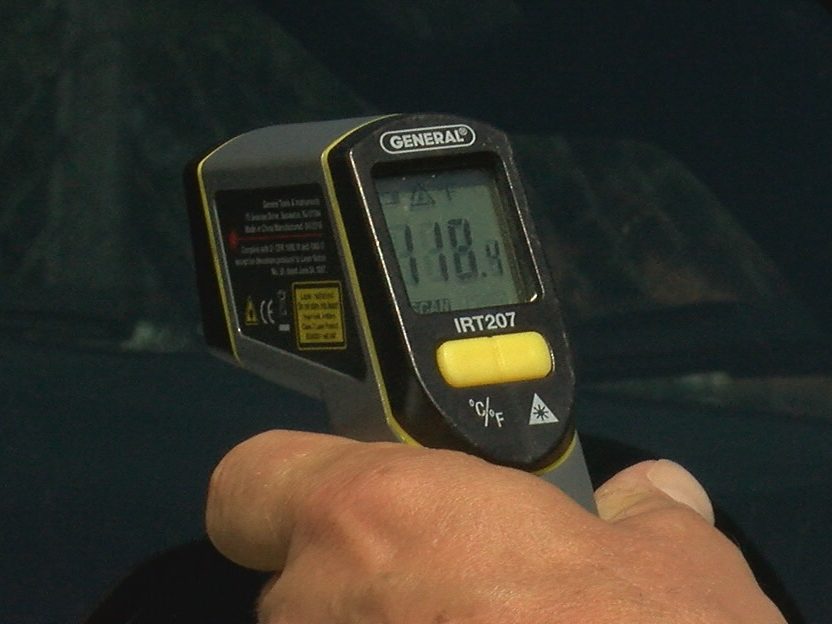 The New Hanover Animal Services Unit uses an infrared thermometer to tell the temperature inside a car. (Photo: WWAY)

Watson says they use an infrared thermometer to see how hot a car actually is.

He tested a car sitting outside and the temperature inside the car clocked in at a 118 degrees.