WILMINGTON, NC (WWAY) — The Wilmington Jewish Film Festival is set to feature a number of films this month.

Organizers say the Wilmington Jewish Film Festival’s Summer Series of films will be held on three consecutive Thursdays, August 11th, 18th and 25th. All shows are at 7pm at Thalian Hall Center for the Performing Arts with receptions to follow each film. 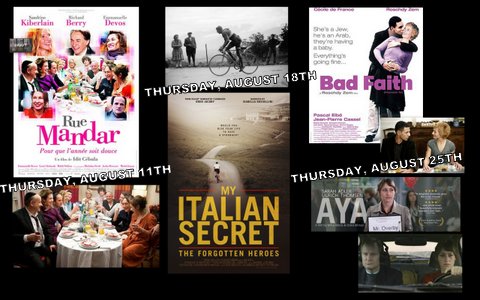