According to the Carolina Beach Fire Department, the call came in around 1 p.m. The fire was contained quickly, but there was minor damage to other buildings in the complex due to the wind.

Twelve units were impacted, three people jumped from the second and third stories, four people transported to New Hanover Regional Medical Center but no life-threatening injuries have been reported.

Joe Quinlan lives in the community, but not in the building that saw the most damage.

“I’ve never had anything like this happen to me before,” Quinlan said. “I’m lucky because it wasn’t in my building I just pray for these people.”

Quinlan was at home with his family when the fire erupted, but everyone was able to get out safely.

“I’ve never felt heat like that in my entire life and as I got to the bottom floor to go out the back way I’ve never ever been hit by embers like that and just trying to dodge them,” Quinlan said. “The heat…I’ve just never felt anything like that with the heat.”

A fire so big and intense, the WWAY Stormtrack 3 Doppler Radar captured images of smoke moving through the area. 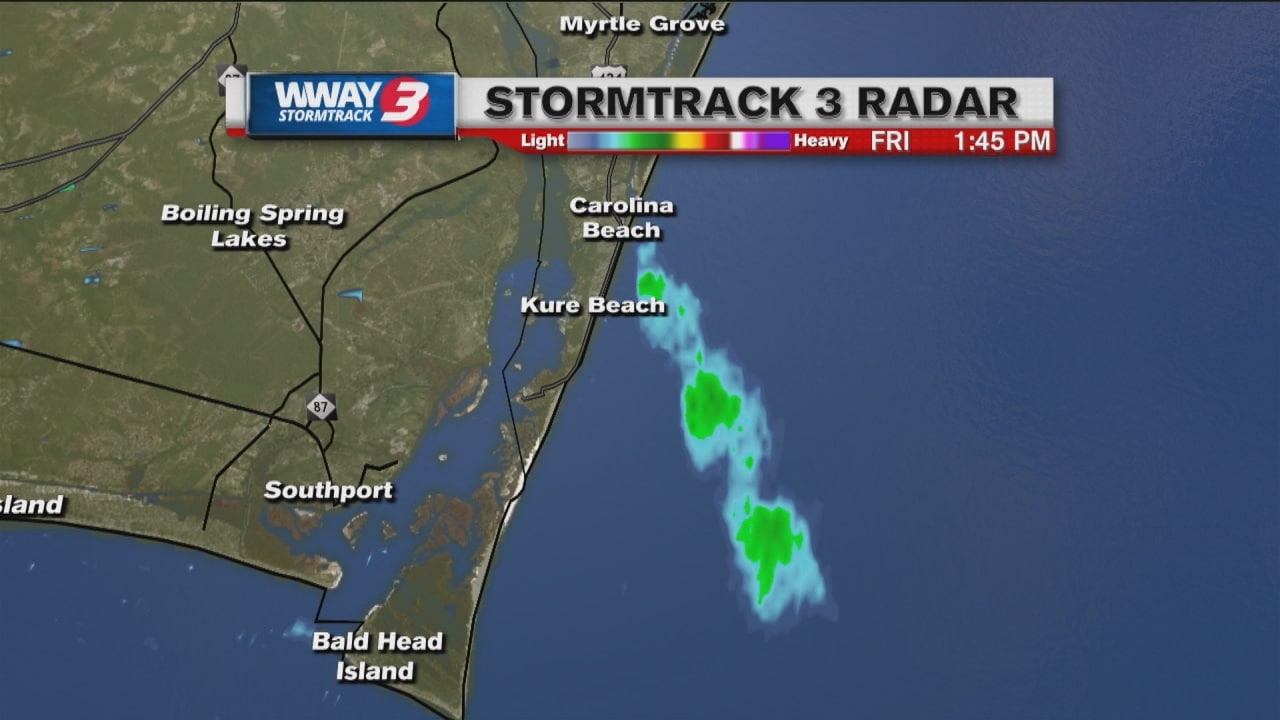 “[I] got back and smelled something like plastic burning, walked in the house then I heard a roaring noise, walked outside and saw flames shooting outside of the building,” Broom said.

A newer resident, Broom had just moved into the complex in November.

“We had just got it kinda like we wanted it and planning on having family come in, coming over to the new place,” Broom said. “Some of them are here, but it’s not the housewarming I was expecting.”

Although, he says material things can be replaced. Thankful to be okay and hoping for the same for his neighbors.

“Me and my girlfriend, we’re all safe. Basically lost everything but we’re alive and I hope everybody else is,” Broom said. “It’s just something that you would never think would happen to you but it can and it does.”

The community immediately stepped into action. Mayor LeAnn Pierce says a GoFundMe for the Pleasure Island Disaster Relief Fund has launched. This fund will assist with long-term care. For information on this program, call Carolina Beach Town Hall or Pierce says you can reach out to her personally.

The Red Cross was immediately on the scene, setting up at the American Legion Post 129 to interview residents and provide the necessary assistance. Red Cross Executive Director James Jarvis says they will not return to the post on Saturday, but they are working closely with the homeowners association to reach out to the residents who were impacted.

Pierce says the American Legion Post 129, Buzz’s Roost, and The PIT are offering free meals all weekend to those affected by the fire, and the Lazy Pirate is planning a fundraiser next week. Also praising the work of the Carolina Beach Fire Department and all units responding, she says this is the Carolina Beach way.

“We just have a great community,” Pierce said. They take care of each other and that’s something we’re known for in Carolina Beach.”

Sending prayers and asking others to do the same, Pierce shared this tragedy hits especially close to home.

“My son lives in the unit behind us that was affected and he did have to jump from the second-story balcony but he’s okay and he got out,” Pierce said. “The unit is destroyed but we’re fortunate that he’s okay and that’s all that’s important to us.”

The cause of the fire is still unknown. The State Bureau of Investigation is investigating alongside the Carolina Beach Fire Department.

Town officials ask the public to avoid the area.