COLUMBUS COUNTY, NC (WWAY) — A man is accused of killing a Bladen County woman who was reported missing in early February.

Landreth’s body was found on Feb. 24 off Klondyke Road near Chadbourn. She had been reported missing since Feb. 8. 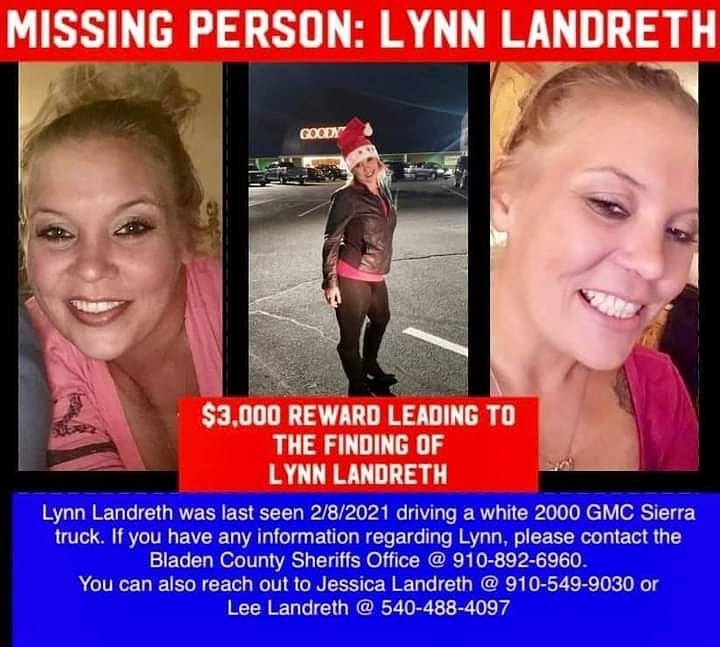 Cain is charged with murder, robbery with a dangerous weapon, for “stealing Landreth’s vehicle, cash, and cell phone, while threatening her life with a firearm,” CCSO wrote in a release.

Cain was taken into custody in Cerro Gordo. He was transported to Columbus County Sheriff’s Office Law Enforcement Center where he was processed and booked. He received no bond.

This is an ongoing investigation.