The suspect vehicle was observed operating in the wrong lane of travel several times. 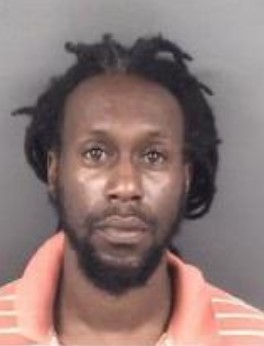 The Community Impact Team turned around on the vehicle, and the suspect vehicle increased its rate of speed trying to evade the deputy.

The deputy was able to catch up to the suspect vehicle and attempted to stop the vehicle.

The vehicle continued to evade the deputy.

The suspect vehicle was observed operating in the wrong lane of travel several times.

The North Carolina State Highway Patrol was contacted to assist with the vehicle pursuit.

The suspect vehicle finally stopped after approximately a 10 mile pursuit.

Deputies were able to take the suspect, Bakari McKoy into custody without incident.

Bakari was charged with Felony Flee/Elude Arrest, Simple Possession of Marijuana, Possess Drug Paraphernalia, Driving While License Revoked, Driving While Impaired and was also served with outstanding warrants for his arrest for Assault on a Female.

Bakari received a $6,500 secure bond and no bond for the Assault on a Female.