Investigators from three state agencies along with the Surf City Fire Department are expected to start an investigation Monday morning into the cause of the fire.

The fire consumed a row of homes on Atkinson Road off South Shore Drive and was reported around 6 p.m. Sunday.

As of Monday morning, crews were still on the scene trying to control hot spots from the fire.

Jennifer Sikora lives four blocks from the fire and says a piece of charred debris landed in her driveway.

“We came outside and saw a lot of really black smoke billowing into the sky and when we walked over towards the sound side, we saw just a raging inferno of unfortunately many homes,” Sikora said.

Wilson described the fire as “wind-driven.” He said the fire completely destroyed seven homes and damaged an eighth home.

The black billowing smoke from the fires could be seen for miles Sunday evening. 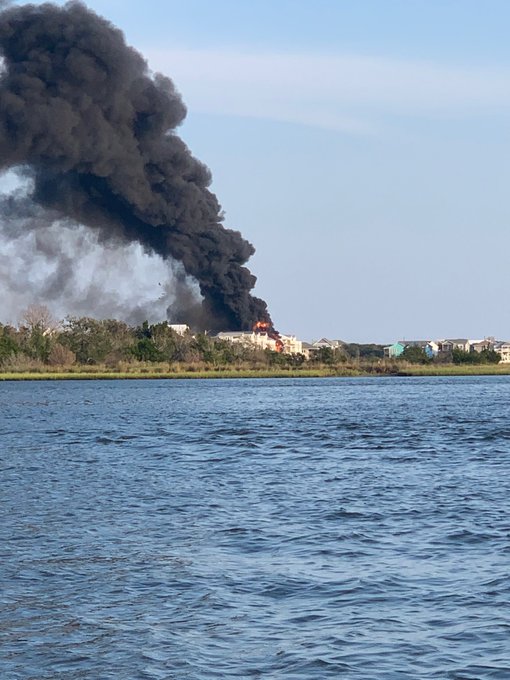 No injuries were reported.

The State Bureau of Investigation, Bureau of Alcohol, Tobacco, Firearms and Explosives, and the Office of the State Fire Marshal have been asked to assist with the investigation into what sparked the massive fire, Wilson said.