The complaint states Representative Hamilton used her official email and title as a NC elected official to solicit money for Democracy NC.

“This just shows the degree to which Democratic Party extremists will go to fight having a secure and fair electoral system. Let’s be clear on what we are dealing with here: we have legislative Democrats who used taxpayer resources, an official state-issued email address and title, to solicit donations for far-left partisan group Democracy NC. Democracy NC has embarked on a radical witch hunt to sue the very taxpayers from which their lackey, Susi Hamilton, is illegally soliciting money. To add insult to injury, according to the Secretary of State’s website, it appears that Democracy NC’s charitable organization status expired in May,” said NC Republican Party Spokeswoman Kami Mueller.

We reached out to Susi Hamilton to get her response. She said her office simply forwarded an email from Democracy NC on voting information. 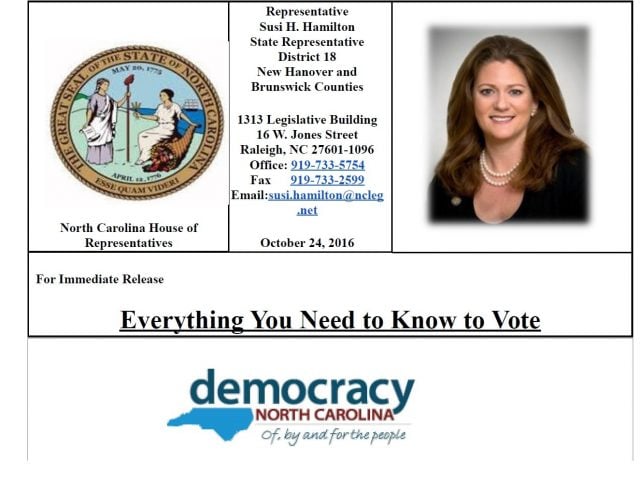 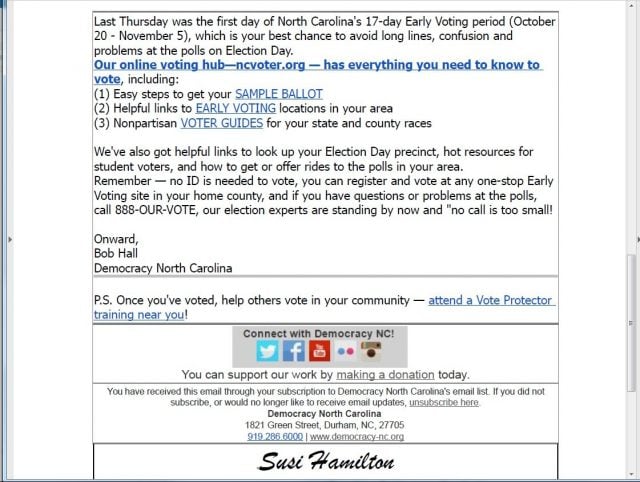 “It came from my legislative assistant. I wasn’t aware of it, didn’t authorize it. It’s simply nothing more than a public service announcement of when and where to go vote. It’s pathetic that they would resort to these tactics. Democracy NC is a nonpartison organization whose mission it is to educate voters. To suggest my office shouldn’t educate voters is really irresponsible.”