‘She Rocks’ co-founder honored at UNC

WWAY News,
WILMINGTON, NC (WWAY) – A Wilmington woman who helped create a foundation to raise money for Ovarian Cancer research has been honored at UNC Chapel Hill.
UNC Lineberger Comprehensive Cancer Center has named a laboratory in honor of Beth Quinn, co-founder of The She Rocks Foundation. 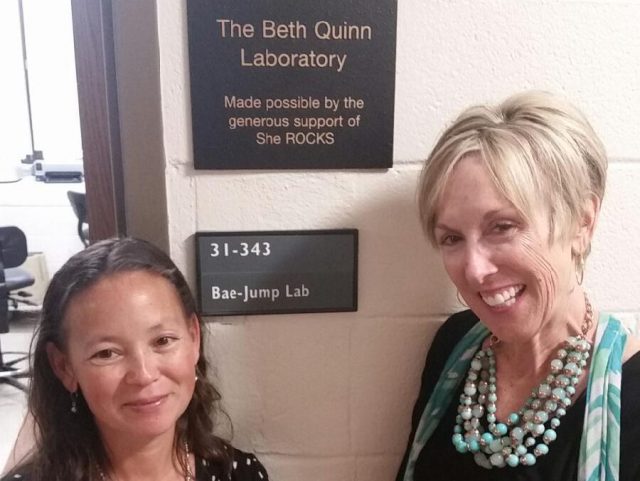 She Rocks was formed in May 2014, after Quinn discovered she had stage IV Ovarian Cancer after gall bladder surgery.
The first luncheon was held in Wilmington in September of that year.
Since then, they have raised $534,383 in funding. While a portion goes to the Zimmer Cancer Center, $315,000 has been given to UNC Lineberger for Ovarian Cancer research.
Click here to find out more information about the organization and how you can donate.
Categories: Local, New Hanover
Tags: Beth Quinn, Ovarian Cancer, She Rocks Foundation, UNC Lineberger Cancer Center