WILMINGTON, NC (WWAY) — The state recently gave the Sutton Lake Boating Access area a facelift after some concerns were raised over its condition.

In an email shared with WWAY, a viewer raised concerns over the condition of the parking lot and launch ramp, stating it was “plagued by potholes, standing water, and mud.”

The viewer emailed the North Carolina Wildlife Resources Commission in Dec. 2020. He shared photos he took of the issues that month. The state reportedly worked on the lot following that, however, there were still problems in early February.

Since then, NC Wildlife Resources Commission says they have added another $8,000 of gravel and graded the parking area. 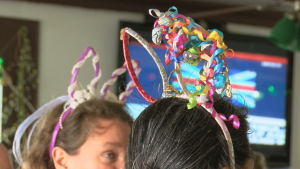 “We will continue to monitor the site and do our best to address potholes and other issues as they arise,” Division Chief Brian McRae wrote to the viewer. “In terms of our next steps, we are going to move forward with getting proposals from geotechnical consultants to understand the soils on the site so we can have a better understanding of what solutions will and won’t work for the site long term. With this information, we will continue our funding partnership discussions with Duke Energy. We will also evaluate the needs and options at this site compared to the needs at the other 251 boating access areas across the state that we manage to see where this may fall in next year’s budget.”