HOLLY RIDGE, NC (WWAY) — Two 18-year-old men have each been charged on more than eight counts following a speedy chase on Friday, according to Holly Ridge Police Department.

According to the report via the department’s Facebook post, Addison Stewart Black of Wilmington and Noah Zane Cooper of Wilmington were identified as the suspects involved in the lengthy chase that started at the 200 block of S. Dyson Street and ended on Highway 50. The release states Holly Ridge Police Department officers were dispatched to S. Dyson Street in reference to shots fired. It says officers searched the area based on the provided vehicle description, but, as Corporal Procopio arrived on the scene, he saw the vehicle turn back onto S. Dyson Street. But, the reports states the suspect vehicle stopped abruptly and then sped off back onto Highway 50 towards Highway 17. Procopio was able to catch the vehicle at the intersection and conducted a felony vehicle stop, according to the report.

The report also adds a witness on Highway 50 called in and saw the suspects throw a weapon from the vehicle and it was recovered near Green Street. According to the release, that weapon was reported stolen from Gwinnet County, Georgia.

The report then states Surf City Police and Pender County Sheriff’s Office also responded. The release indicates, during the investigation, officers learned of a second firearm that had been thrown from the vehicle. Corporal Peterson and K9 Kayda with Surf City Police performed an article search along the route and located the second firearm along Highway 50, according to the report. 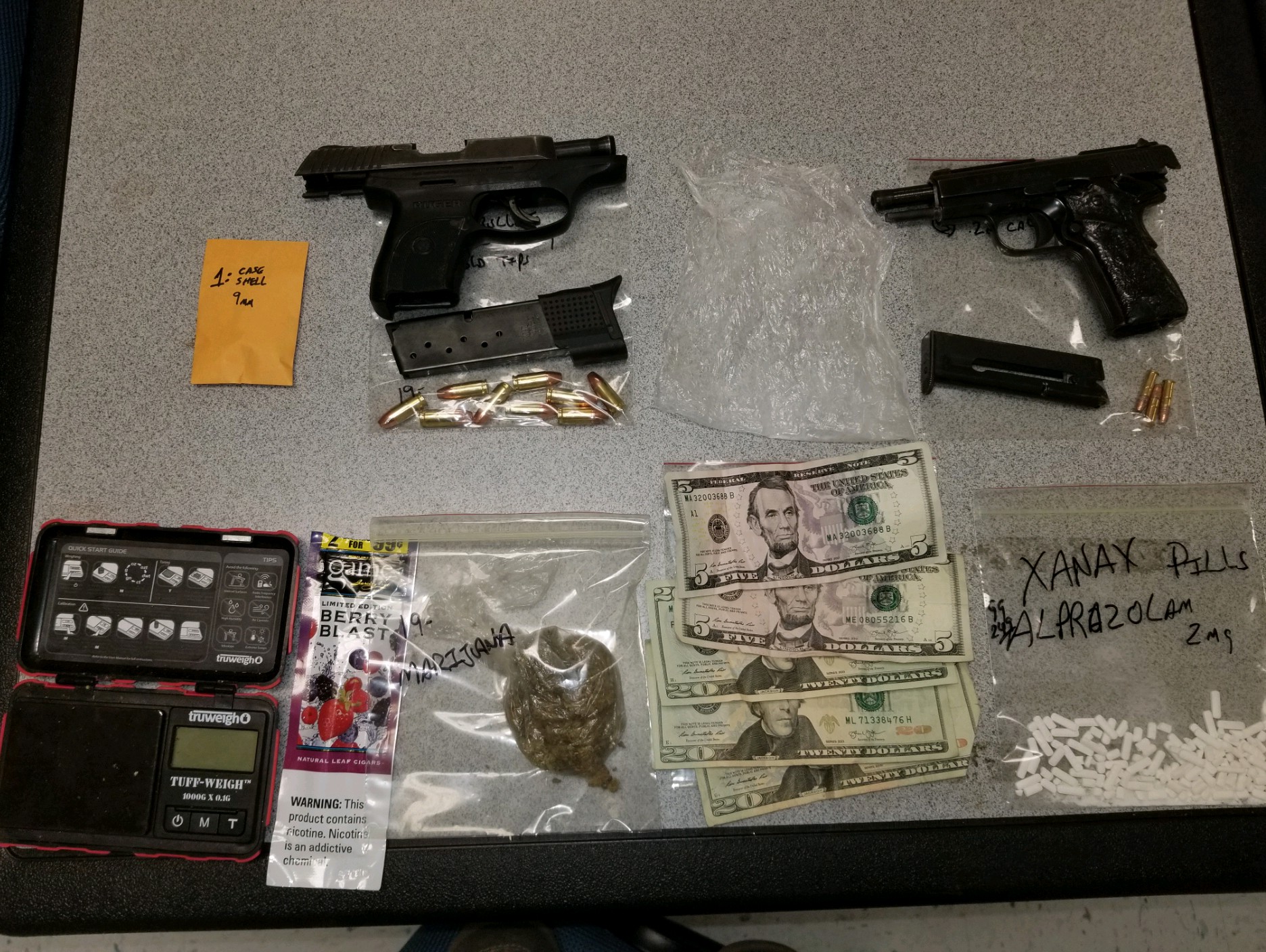 The police department reports Black and Cooper were each given a $15,000 secured bond and are in custody of the Onslow County Detention Center.

If you have any information that can help, Crime Stoppers offers cash reward of up to $2,500 for information that is deemed of value or assistance to law enforcement. Information can also be anonymously texted via Text-A-Tip by typing TIP4CSJAX and your message to 274637 (CRIMES). Callers to Crime Stoppers may remain anonymous and never have to reveal their identity.