WILMINGTON, NC (WWAY) — Researchers at the University of North Carolina at Wilmington have given the NC House of Representatives their final report on GenX, which reveals several new poly-fluoroalkyl chemical compounds were identified at the Sweeney Water Treatment Facility.

Under House Bill 56, UNCW received $250,000 to identify and quantify GenX and measure the concentration of the chemical in the Cape Fear River.

The PFAS were tentatively identified during weekly collection and non-targeted screening through mass spectrometry of raw and finished drinking water the water treatment facility.

The structure of those compounds is still being determined and have not been reported in the scientific literature.

One compound, PFMOAA, structure I, has been identified.

Other findings reveal an analyses of sediment samples collected from multiple sites indicate GenX is present, both point and non-point sources are likely contributors, and that sediments appear to be acting as a repository of GenX.

The samples were taken at four locations near Chemours, and at seven locations within the estuary to north of the Port of Wilmington. Additional samples will be collected. This part of the research will continue through June 30, 2019. 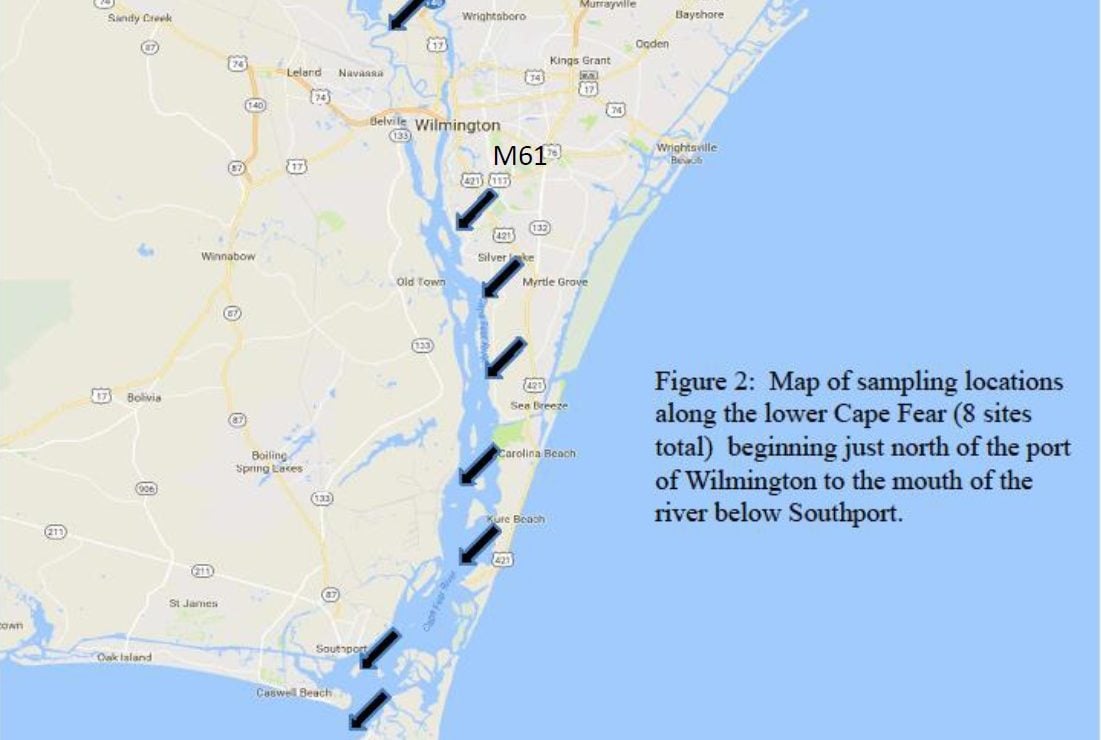 The report states that biodegradation of GenX in sediments will require longer-term incubation experiments.

The research also included a study of the effects of GenX on oysters. The report says there was little bioaccumulation of GenX in oyster tissues.

UNCW is planning two other experiments on oysters in the coming months. The first experiment will involve collecting oysters from Cape Fear River from upstream to downstream.

The second oyster experiment will involve exposing clean oysters to various concentrations of GenX in a controlled lab. The oysters will be exposed to GenX for three weeks to ultimately determine how quickly oysters may accumulate (or not) GenX.

According to the report, UNCW also performed other tasks regarding GenX.

One task focused on rainwater.

UNCW says it has been conducting National Science Foundations-funded rainwater research for more than two decades, resulting in one of the most comprehensive long-term data sets in the world. UNCW analyzed several rain samples for GenX.

Based on those results, UNCW informed NCDAQ that GenX was present in some rain samples, leading to their current rainwater study of atmospheric transport of this compound.

You can read the entire report here.

UNCW is hosting a media roundtable on Wednesday to discuss the report. We will speak with the research team and bring you the latest on WWAY News.