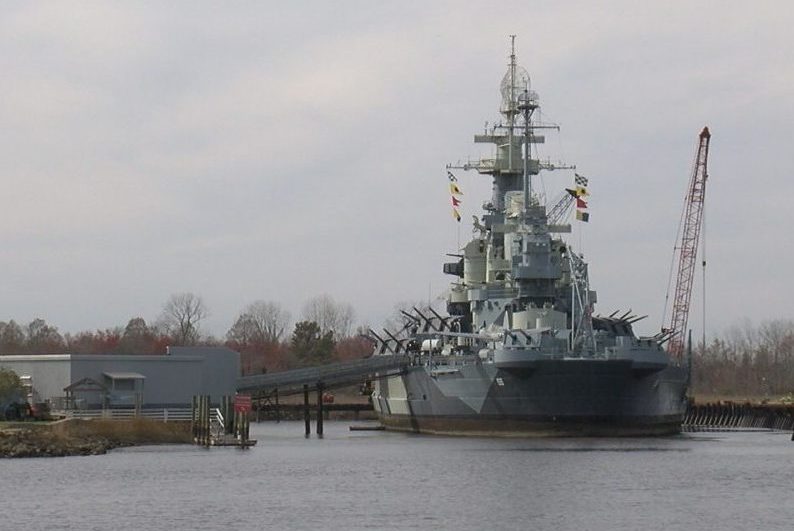 (WILMINGTON STARNEWS) -A coalition of Wilmington-area groups gathered on the deck of Battleship North Carolina today to voice their opposition to a text amendment that would allow a new development to move forward on the Cape Fear River’s west bank.

The proposed site of the residential and commercial development is sometimes referred to as Point Peter and lies just north of the battleship. It was visible from the battleship’s deck as representatives of various nonprofit groups spoke about the potential challenges a development could create, including burdens on infrastructure, environmental concerns and the destruction of cultural resources.

Travis Gilbert, the executive director of the Historic Wilmington Foundation, said the groups are looking to “make it evident that it is not a good idea to rezone Point Peter.”

Initial plans for the project, dubbed the Villages at Battleship Point, included hundreds of condos and apartments along with space for restaurants, retail and a “high-end hospitality venue.” Developers are looking to build on an 8.4 acre site located at 1100 Point Harbor Road, which is situated just across the river from the northern end of downtown Wilmington.

“It would be extremely disappointing … to have a 240-foot wall impede views of this memorial,” he said.