According to their website, “12 Angry Men” is a uniquely American classic. The play follows one man who “refuses to succumb to prejudice so that 12 men can prevent a miscarriage of justice.”

The action centers on juror 8, who is at first the sole holdout in an 11-1 guilty vote. He sets his sights on getting the other jurors to look at the situation in a way not affected by their personal prejudices.

The play’s original broadcast was in 1957.

One of the cast members, Anthony Corvino, stopped by Good Morning Carolina to give a preview of what to expect.

“12 Angry Men” comes to life at the Cape Fear Playhouse in Wilmington throughout the month of August.

Tickets range from $20 to $22. To purchase them, click here or email bigdawgpro@gmail.com 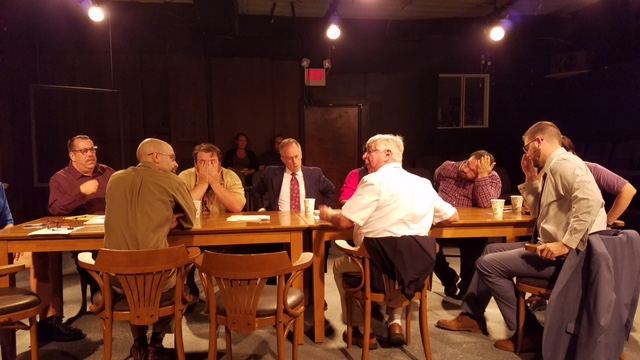