SOUTHPORT, NC (WWAY) — 2021 has just started, but one fisherman in Southport may have already caught the fish of the year.

The gigantic bluefin tuna was reeled in Tuesday morning in the waters off Southport. 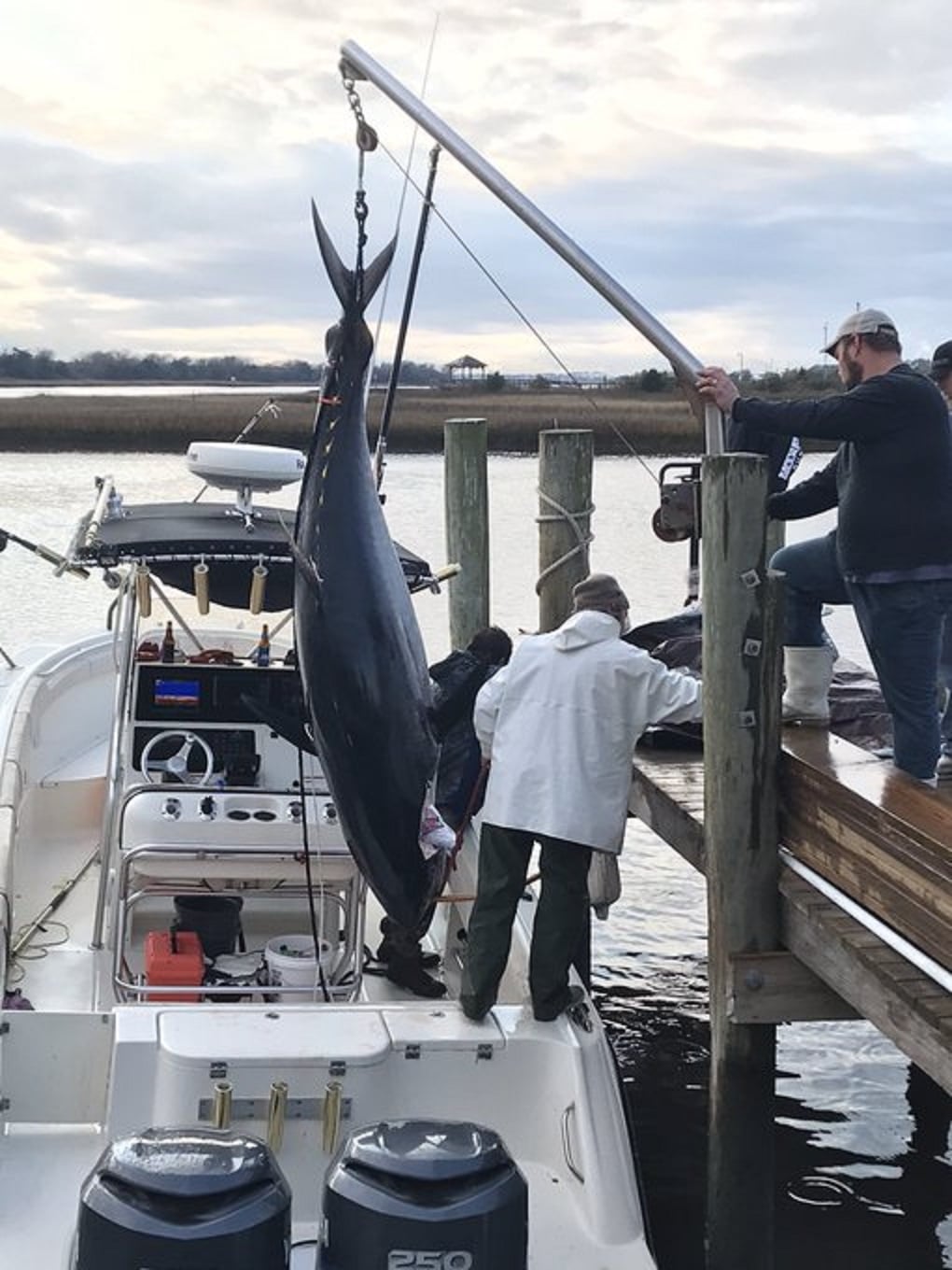 Large tuna caught off the coast of Southport on Jan. 5, 2021. (Photo: Matthew Huddleston)

The fish weighs a whopping 661 pounds and measure 106 inches long.

A large crowd of admirers was drawn to the dock when the tuna was brought in this afternoon.

It took several people to get the fish out of the boat and into a waiting truck.