County-wide aerial spraying, part of Brunswick County’s emergency response to the flooding and heavy rainfall caused by Hurricane Florence, is planned to continue during the week. Citizens in the areas being sprayed should avoid being outside during evening hours if possible. Spraying will be from just before dusk till approximately 10:30 p.m., and planned routes are specified on the map.

Crews are scheduled to begin Tuesday. Exact routes are subject to change depending on conditions. The spraying will continue during the week, and all towns or cities and all islands are included in the aerial spraying. 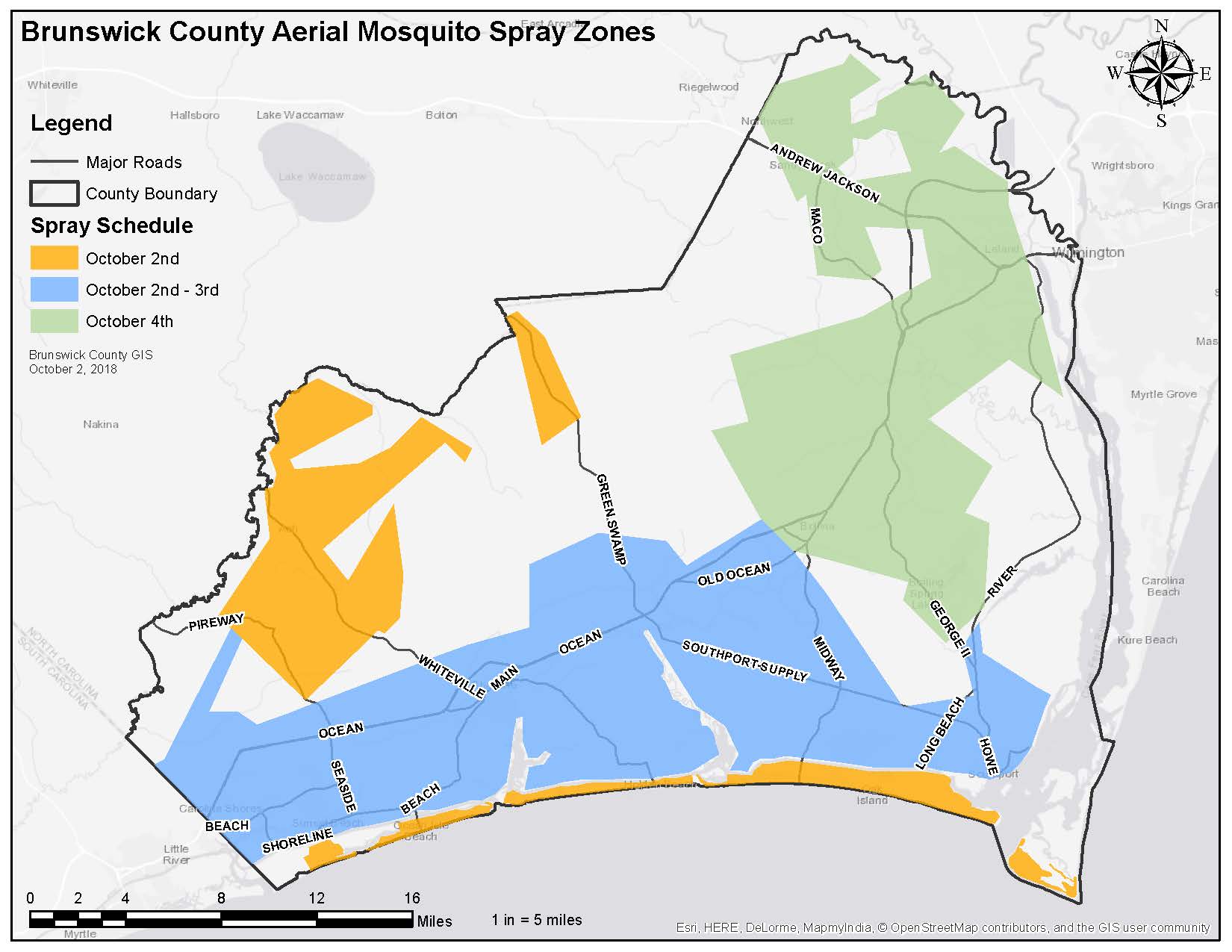 Heavy rains and flooding can lead to large populations of mosquitoes. Some mosquitoes carry viruses that may cause illnesses such as La Crosse encephalitis, West Nile virus and eastern equine encephalitis.

Brunswick County began spraying for mosquitoes with trucks on Sept. 24, while also submitting a request for an emergency aerial response for mosquito control. That aerial spraying is set to begin Tuesday, conditions permitting.

Spraying will reduce mosquito populations but will not eliminate them entirely. Citizens can also take precautions to prevent mosquito bites, including wearing light-colored, long-sleeved shirts and long pants, avoid being outside at dusk and dawn when mosquitoes are most active, and apply mosquito repellant. If using repellant with DEET, make sure to follow label instructions, and keep DEET out of the eyes, mouth and nose.