National Weather Service in Wilmington confirmed it was an EF-3 tornado with winds of up to 160 mph, according to a preliminary report. We are still waiting for more information from NWS.

All of the victims lived in the Ocean Ridge Plantation neighborhood in Ocean Isle Beach, according to Ed Conrow, director of Brunswick County Emergency Management.

During a news conference Tuesday afternoon, Conrow said first responders had completed search and rescue operations, and were shifting to recovery mode. He said they were working with the American Red Cross to provide food and shelter for impacted residents.

Conrow said lots of people have inquired about helping those impacted and that county officials were working with community leaders to assess the needs of the affected property owners.

At the peak of the storm late Monday night and early Tuesday morning, about 37,000 customers were without power.

“This was mostly due to 36 spans of wire that were brought down,” said Joshua Winslow, CEO of Brunswick Electric Membership Corporation. “Crews worked throughout the morning to restore power.”

As of noon, Winslow said utility crews were still working to restore power to about 3,200 customers.

“We are asking people to be patient as crews work to restore power,” Winslow said.

The loss of life and devastation has shaken this normally quiet seaside community.

He said the county has a strong partnership with emergency management, the sheriff’s office and other community organizations to respond to the needs of the community.

“I have not seen devastation like this in many years of my career,” Thompson said.

As of noon, Conrow said there were no reports of missing persons.

“The neighborhood impacted has serious destruction and it will take a lot of hard work to get it back to normal,” Conrow said.

Outside the neighborhood, Conrow said there were lots of utility power lines brought down and some damage to nearby commercial businesses.

(Click here to see the noon news conference via on our livestream.)

A tornado warning was issued for southeastern Brunswick County near Grissettown on Monday around 11:39 p.m. A confirmed tornado was spotted near Honey Island, or 13 miles north of Shallotte at 12:00 a.m. At 12:07 a.m., an observed tornado was seen in the Delco area. The warning ended at 12:15 a.m. 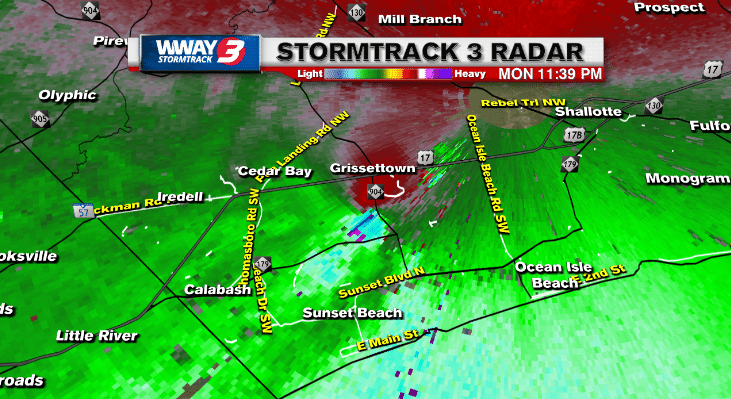 In a statement released early Tuesday morning, Brunswick County Emergency Services reported an estimated 50 homes were affected by the incident. They asked people to refrain from driving on roads and in areas immediately impacted by the storm to allow first responders and utility crews to work.

Due to the widespread damage, Brunswick County Schools were closed Tuesday. A district spokesman said the district would make an announcement later in the afternoon as to whether schools will be impacted on Wednesday.

After the storm hit, first responders were quick to provide assistance.

As of Tuesday at 1 a.m., Leland Fire Department posted on Facebook that their units were responding as mutual aid to Ocean Isle Beach to assist with rescue operations.

WWAY’s Tanner Barth was at the Ocean Ridge Plantation neighborhood by 1:20 a.m. where first responders were going door to door checking on residents. He observed some homes were damaged and others appeared to have been ripped from their foundation. 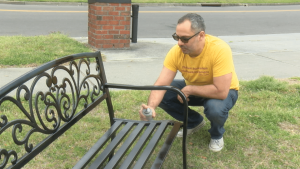 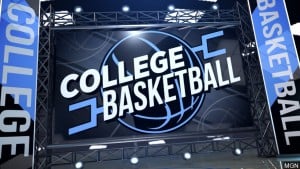 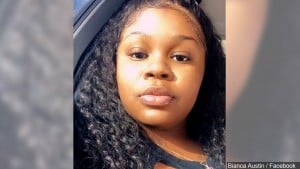 Brunswick County has opened a temporary shelter for individuals displaced due to the tornado. For those requiring assistance, call Emergency Services at (910) 253-5383.