Brandon Griffin said it all started early last week, when his sons ages 15 and 14 began getting threatened on social media.

When Griffin’s two sons received Snapchat messages saying they were going to be beaten up, the boys immediately told their parents.

“He’s on probation,” Griffin explained. “He can’t afford to get into any trouble. That’s why he came to me immediately when this started.”
“I have a past, I do. I have a violent past,” Griffin’s son, Brandon Ray Griffin said. “But I came to North (Brunswick High School) to do the right thing. I was done fighting. I was done, none of that.”

At the North Brunswick football game Friday night, Griffin said his two sons called him for help as other boys approached them.

“They’ve got their hands up,” Griffin said of a video of the fight. “They’re like guys we don’t want to do this. They’re backing up. Then eventually they got so close that it just erupted.”

Griffin said several boys ganged up on his sons.

“And if it was a one on one altercation, I understand that,” he said. “But ten on one, with two adults involved against a 14 and a 15 year old I think is appalling.” 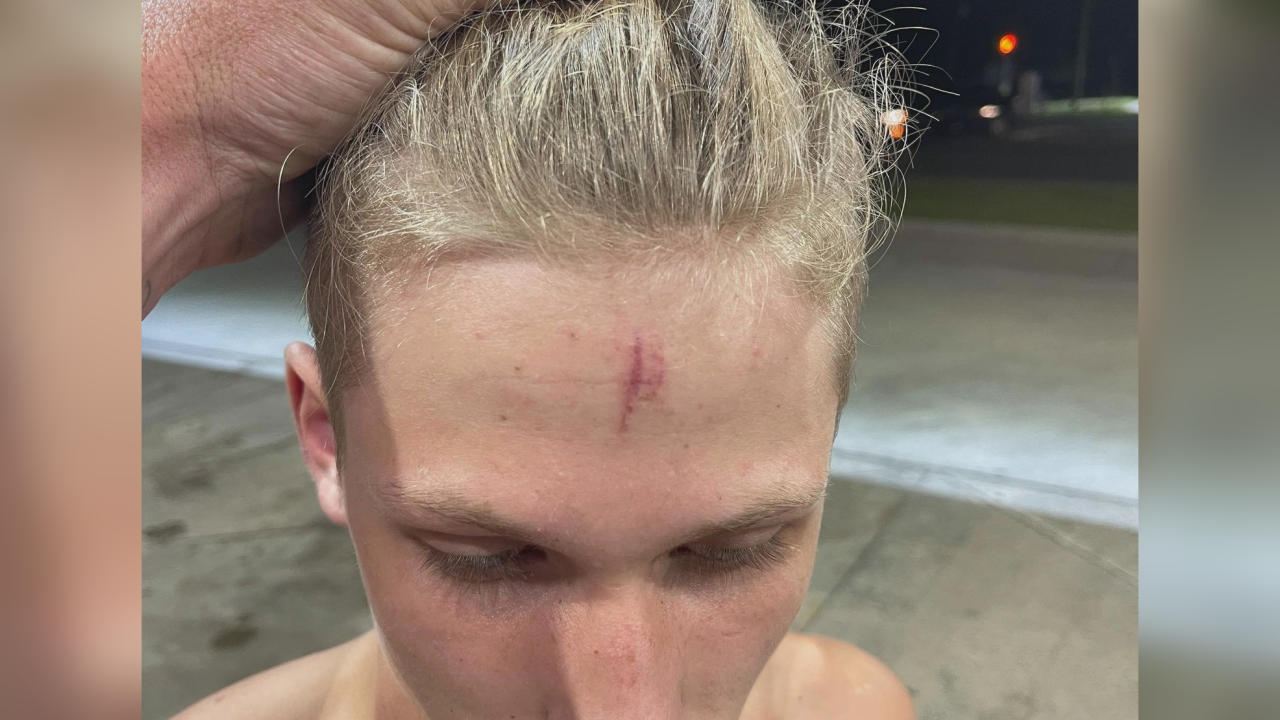 The Sheriff’s Office confirms two juvenile petitions were taken out after the fight, but those records are confidential.

The next day, Griffin and his sons went to Islands Restaurant in Leland. Two adults and teens involved in Friday night’s fight showed up.

“The grown men swung on me. I was trying to just get my kids out the door,” Griffin said of what happened next. “Now, I did throw a few punches because I had to. I didn’t have a choice.”

We reached out to Leland Police who were unable to give us any details about the fight, but did confirm Brandon Griffin, the father was charged with carrying a firearm into an establishment, disorderly conduct, aggravated misdemeanor affray, and contributing to the delinquency of minor.

Tuesday morning this week, Griffin went to North Brunswick to speak with administrators about Friday’s fight.

He was arrested on campus because he had warrants stemming from the fight at Islands Restaurant. He was also charged with misdemeanor carrying a gun on educational property because a gun was found locked in his car.

Griffin said the situation has been frustrating, especially since he just wants justice for his boys.

The boys’ mother took out a warrant Wednesday against some of the men she said were involved in Friday’s fight.

We reached out to Brunswick County Schools, who did not give us any information, but stated:

“If there is an incident during an athletic event in Brunswick County Schools, school administration, with the assistance of the School Resource Officers when necessary, investigates.  If a student or staff member is found to be in violation of district policy, they would face consequences according to the code of conduct which ranges from short-term to possible long-term suspension.  If a community member causes a disruption, they may be asked to leave and could be restricted from future events on school property.”

This is a developing story. We will update it as soon as more information becomes available.