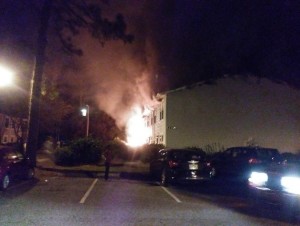 PENDER COUNTY, NC (WWAY) – Four men are charged with breaking and entering a home in rural Pender County Sunday morning. The Sheriff’s Office tells us the homeowner chased the suspects out of the home and pursued them while calling 911.

Pender County law enforcement was dispatched a little after 2:00 A.M. Sunday according to Captain James Rowell. They say the call came in for a home invasion, but the Sheriff’s Office arrested the suspects off of Highway 210 and 117 in Rocky Point.

The Sheriff’s Office tells us that’s because the homeowner pursued the suspects in their car after coming home and finding them inside the home that sits near the Atkinson community in Pender County.

20-year-old Shajuan Deheven Best of Deep Run was the vehicle driver. He is charged with 2nd degree burglary, reckless driving/wanton disregard and speeding. He is being held under a $40,000.00 secured bond.

Arkeim Shakar McClain, age 23 of Albertson is charged with 2nd degree burglary and has a $40,000.00 secured bond.