OCEAN ISLE BEACH, NC (WWAY) — Summer is still months away, but Ocean Isle Beach is already looking ahead to their annual concert series.

The town announced their full lineup for the 2023 Summer Concert Series, which will run each Friday from May 26th through September 1st. 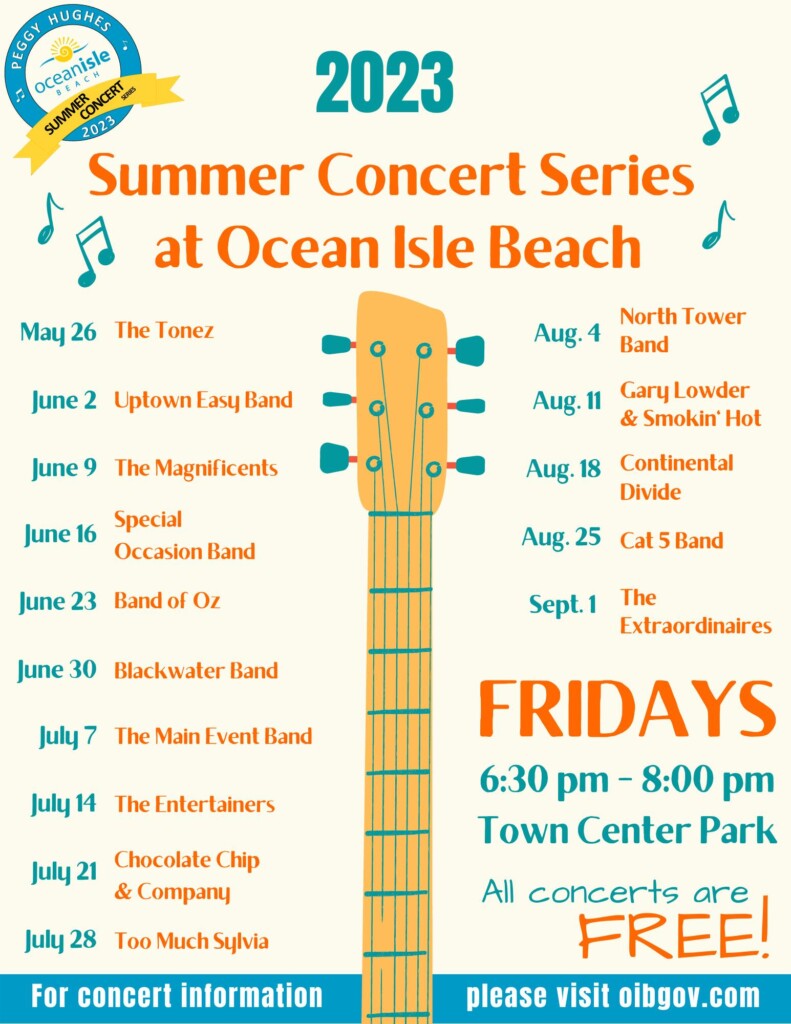 All concerts are free and open to the public.