Memorial shows growth in awareness in the case of Paitin Fields

BURGAW, NC (WWAY) –  Neighbors in Pender County and beyond gathered in Burgaw to remember a five-year-old investigators say was raped and murdered last November.

It’s a case which has people wanting to know more about what happened. We have followed the story of Paitin Fields from the beginning.

Answers that have been hard to come by for the family and community that is showing support to little Paitin Fields.

“I think it’s very unacceptable,” said vigil co-organizer Paula Hubbard. She along with Jamie Whitmore and Frank Daughtry organized the event. “And I pray that they are doing everything they can and that they are keeping it from us so that they can deliver answers that will prosecute and find a person guilty.” 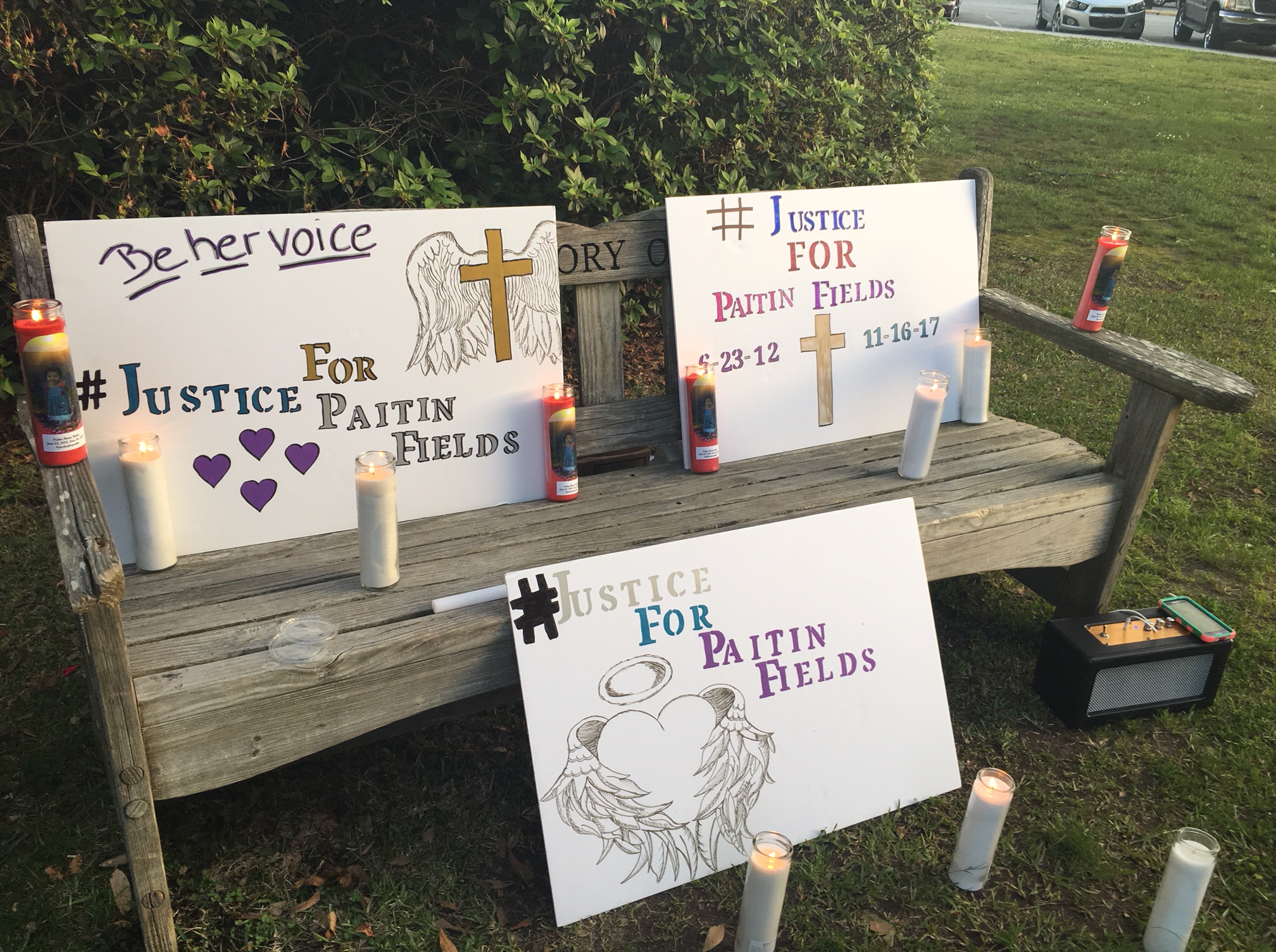 The Pender County Sheriff’s Office reported Paitin died after being raped and strangled.
Organizers held their second vigil under the social media #JusticeforPaitinFields.
Neighbors from across the Cape Fear like L’Tonya Royal come to show support and demand for a resolution.

This candlelight vigil held at the Pender County courthouse square is their message to the community as well not to forget what happened to the five-year old.

“I would feel absolutely devastated if something like this happened to my family and nobody rallied around me,” said Groves who came because she says no one is talking about Paitin. “And I want them to know that there are people who care, we care.”

No one has been arrested in her murder, as the sheriff’s office tells WWAY they await the complete autopsy report.

“This was an innocent baby, she was five years old. No baby deserves this,” Royal said.

By law the state medical examiner has six months to finish an autopsy report. That deadline is coming up next month.