FLORIDA (CBS News) — Officials from the Florida Fish and Wildlife Conservation Commission (FWC) and prosecutors from the Hillsborough County State Attorney’s Office announced Tuesday that three men were charged in connection to a video that surfaced in July that shows a shark being dragged behind a speeding boat. The three men were named in a FWC press release: Michael Wenzel, 21, and Spencer Heintz, 23, of Palmetto; and Robert Lee Benac, 28, of Bradenton.

Each face two felony counts of aggravated animal cruelty while Wenzel and Benac will also face a misdemeanor count of illegal method of taking a shark. 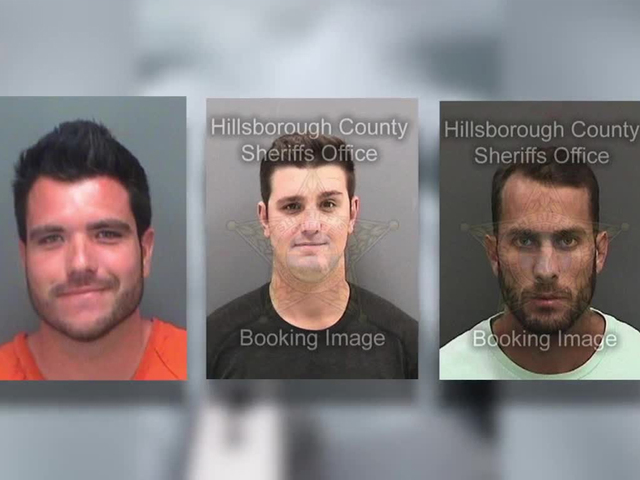 “As we’ve said since this video and other images came to light, these actions have no place in Florida, where we treasure and conserve our natural resources for everyone,” FWC chairman Bo Rivard said in a statement. “We appreciate the patience and support of the public as our law enforcement investigators worked with the Hillsborough County State Attorney’s Office to identify a number of serious violations that will be brought to the courts for adjudication. It is our hope these charges will send a clear message to others that this kind of behavior involving our fish and wildlife will not be tolerated.”

FWC said that the charges stemmed from a four-month long investigation into the video and “other disturbing images on social media involving shocking disregard for Florida’s natural resources.”

CBS affiliate WJAX-TV reports that Florida Gov. Rick Scott released a statement after the charges were announced: “I was outraged by the sickening video of a shark being horribly abused earlier this year. Florida has no tolerance for this mistreatment, and I am proud of the hard work of FWC law enforcement during this investigation to hold these individuals accountable for their horrific actions.”

The video, which was sent to South Florida shark hunter Mark “the Shark” Quartiano, has angered people across South Florida and elsewhere.