According to Atkins, the senior prank “typically involves toilet paper in the courtyard, but this year it went too far — a lot too far.” 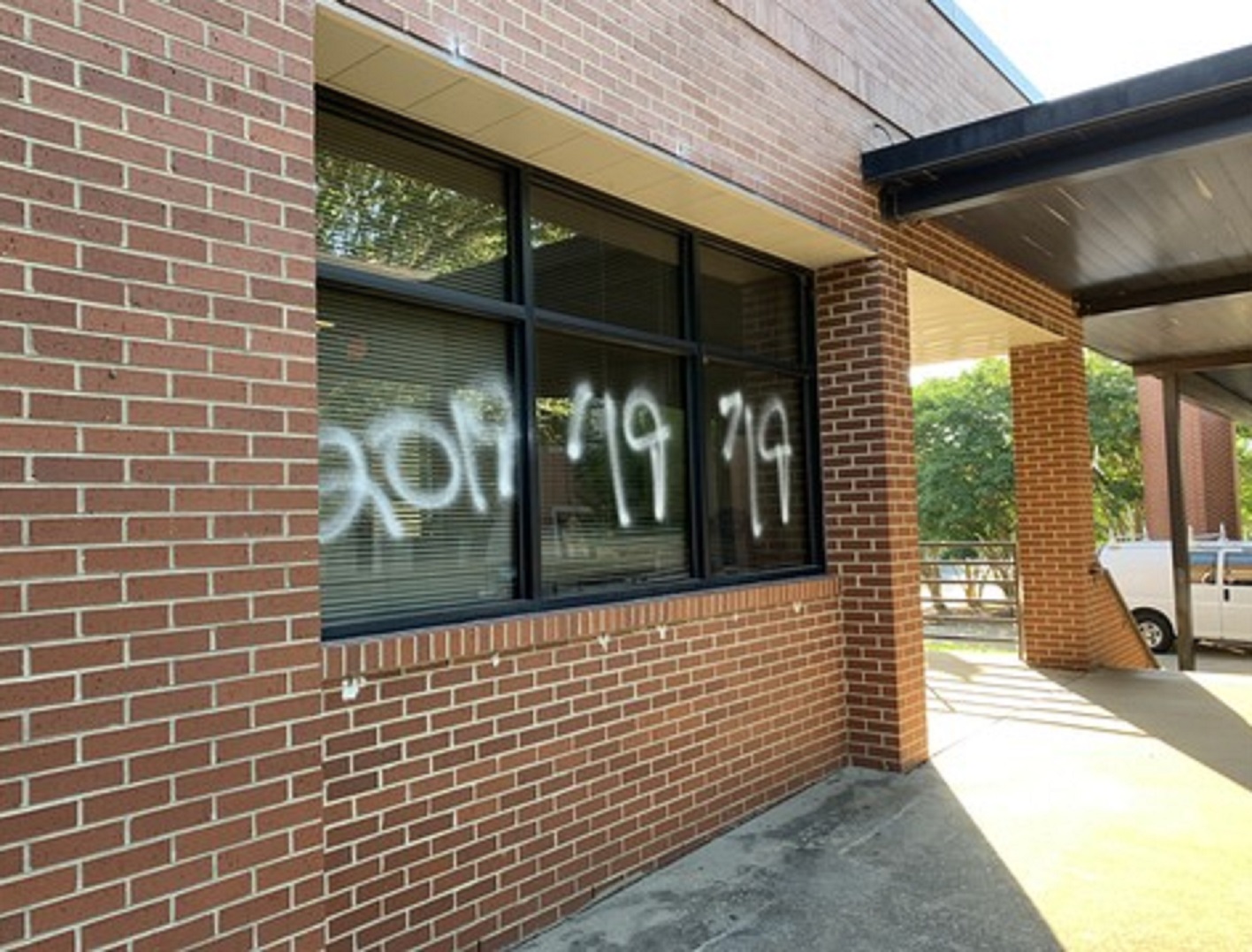 A senior prank “went too far” and resulted in the closure of Roanoke Rapids High School on May 21, 2019. (Photo: Les Atkins via WNCN)

Atkins said that while students did toilet paper the school, the biggest issues are that they poured what officials believe is vegetable oil all over the 100-year-old hardwood floors and they super glued the door locks. Students also spray-painted windows at the high school.

Atkins said the oil is “not very easy to clean up” and that getting the glue off the locks will cost money for the school to repair.

Police are investigating the prank as a case of vandalism and also as a felony breaking and entering, Roanoke Rapids Police Capt. BL Martin said.

“We’re currently out here now investigating a breaking and entering and vandalism. It was along the lines of a senior prank,” Martin said.