OAK ISLAND, NC (WWAY) — A newly-elected mayor in one Brunswick County beach town is tired of being at the heart of controversy. Oak Island’s Mayor Ken Thomas is speaking out because a mural on the side of his home is making a splash.

Seashells to sea turtles and palm trees to a mini lighthouse, every square inch of this home screams beach, but one artistic choice is making residents raise questions.

“It’s at the end of the house,” Thomas said. “The neighbor has a high fence The neighbors can’t see it. If you see it driving down the road, you’re going too slow.” 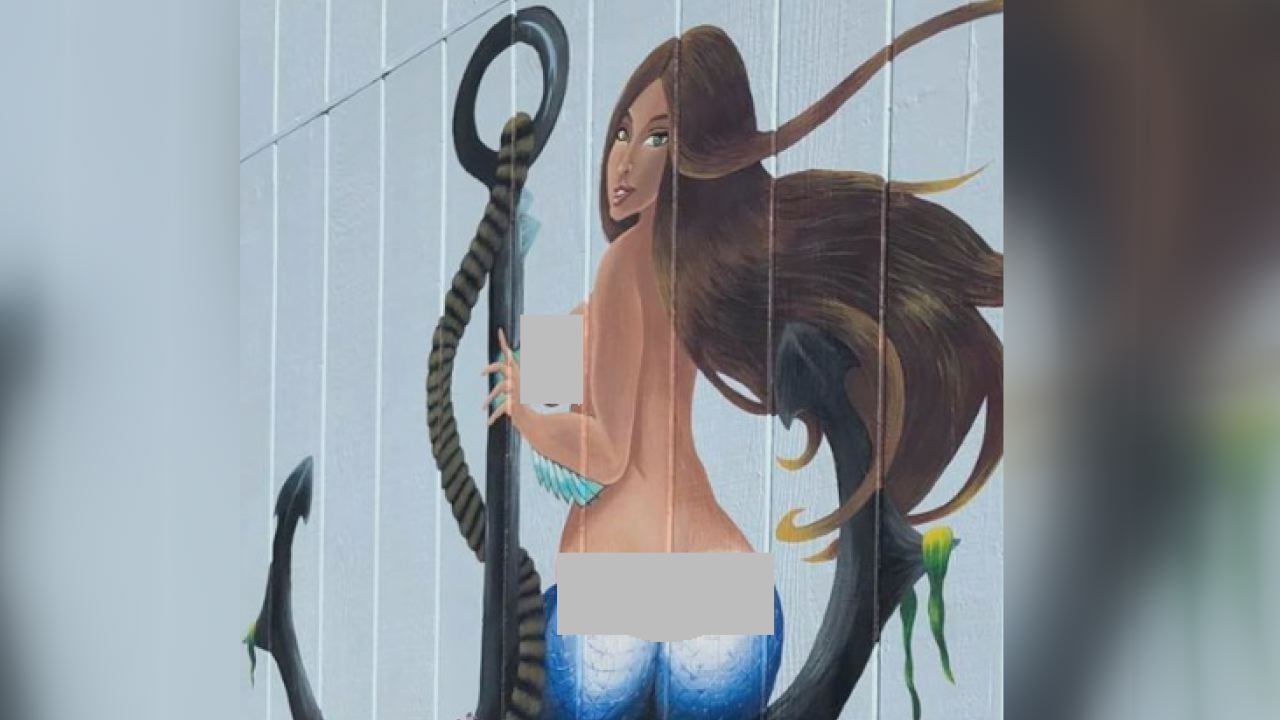 Thomas says his late wife, Roberta, wanted the home to feel like they were under the sea.

“We have turtles and all kinds of stuff,” Thomas said. “It was just something she enjoyed and so the last thing she didn’t get to do, I had it done.”

Thomas says it’s been a part of the house since 2018 and it’s not being removed.

He says he’s lived in Oak Island since 1998 and is so proud to represent his town as mayor. He says he wants to make a change.

“We have a lot of problems, Thomas said. “We need beach re-nourishment. We need roads worked on… storm water problems. The mermaid shouldn’t be a distraction from that. I’m sorry if it offends somebody.”