A rough schedule for when each portion of the large canal project will take place is listed below: 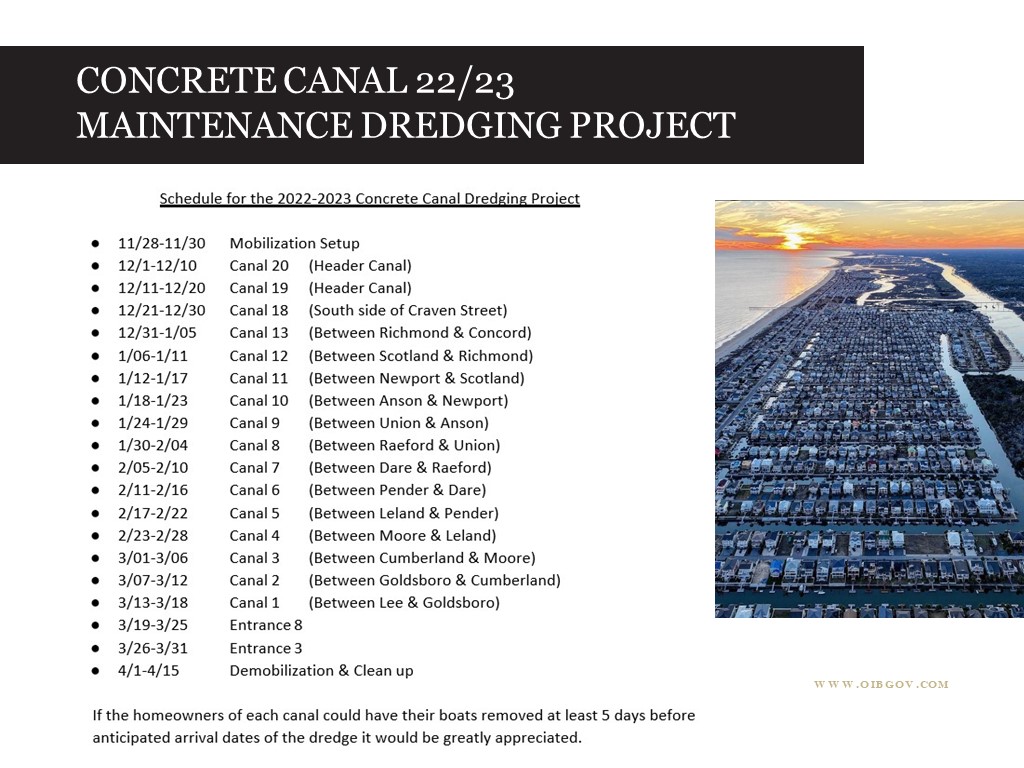 The Town of Ocean Isle Beach says homeowners need to relocate their boats until work on a specific canal is completed. Letters are also being sent to concrete canal property owners with additional information.
Failure to remove your boat prior to your scheduled dredging time could result in a delay of the project or inadequate dredging in the immediate area.
Categories: Brunswick, Community, Local, News, Top Stories
Tags: Boat Owners, Concrete Canal Dredging Project, Ocean Isle Beach