Three major projects coming to the Military Cutoff Road corridor are through city council and now a fourth project, Centerpoint is on its way.

Centerpoint developers presented before the planning commission for their 23-acre multi-use development. The project would begin development in 2020 along with the NCDOT infrastructure work connecting Drysdale Drive to Eastwood Road.

The presentation by the developer Swain and Associates comes one night after city council members approved a similar, but larger development north along Military Cutoff Road called The Avenue. It also comes after city leaders approved the Arboretum West and Arboretum Village projects in May.

David Swain with Swain and Associates said the timing was centered around the work his team has done to appease the requirements set forth two years ago in the Create Wilmington Comprehensive Plan. His firm says that plan specifically pointed at properties such as the Eastwood Road site for mixed use development.

“It’s the right place, and it’s the right time, and most of all it’s probably the right people,” said Kenneth Dull who is a Wrightsville Beach town alderman but spoke as a citizen.

The development would incorporate a 200 room hotel, 300 residential apartments, more than 180,000 square feet in retail and restaurant space as well as spaces for medical services, offices and structure parking in the form of two parking decks. 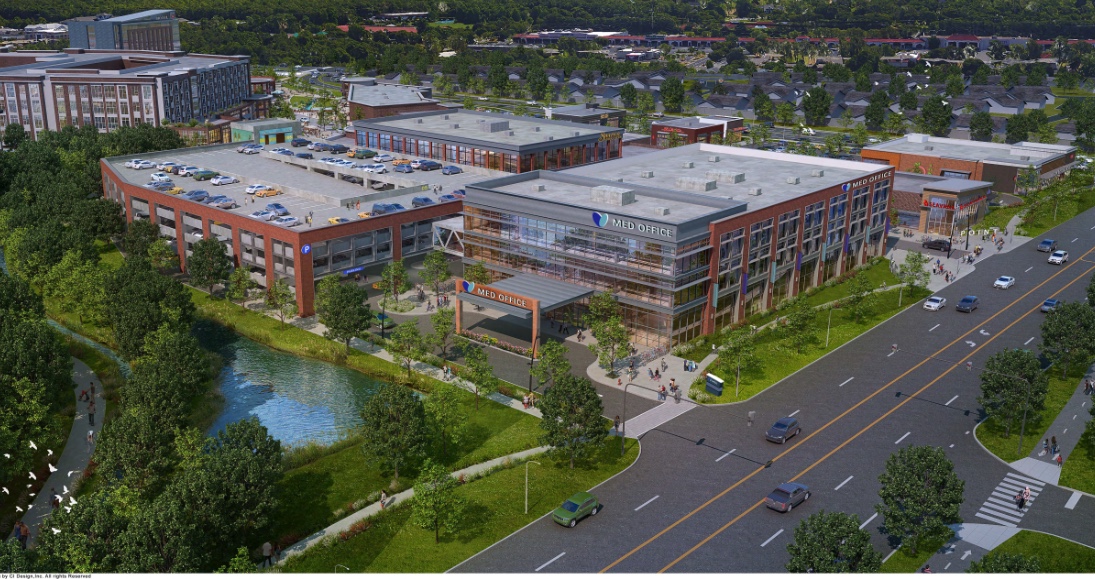 A traffic impact analysis was drafted for this development by the NCDOT. It concluded that Centerpoint would increase traffic at peak hours. However the firm stated the analysis found this impact was not, “to an extent that would necessitate major improvements and subsequent revisions to the configuration design plans.”

Several traffic lights along Eastwood Road will be added as a result of this development. One will be in place at the new connection with Drysdale Drive and another will be at Cavalier Drive cut-through to Mayfaire.

“I struggle to understand why one of the most congested corridors in this area, that’s also and evacuation route for Wrightsville Beach seems to be where it should go,” said Connie Lapiccola, who lives behind the proposed development in Cavalier Woods.

Before the Wednesday planning meeting, controversy circled the project as two sitting planning board commissioners are working on the development team. Bruce Bowman is a consulting architect for Centerpoint and a current planning board commissioner. Richard Collier sits as the vice-chair of the board but his name also sits on the special use permit application for this project. He represents McKim and Creed Inc., the engineering firm on the Centerpoint development team.

Both men recused themselves before the hearing began. City planners approved the rezoning 4-0 with the remaining board members and subsequently passed a special permit 3-1 allowing for the building a the 75 foot hotel.

The project needs one final approval by Wilmington City Council before it can begin.

Smollett testifies he paid for nutrition advice, not hoax