HORRY COUNTY, SC (WPDE) — Horry County police are searching for the woman who pepper-sprayed a retail employee at a Tanger Outlets store on Monday.

Officers were called to the North Face store around 6 p.m. at the Tanger Outlets on Kings Highway. 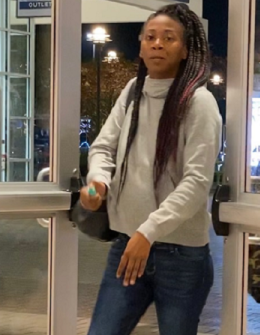 HCPD is looking to identify a woman they say pepper-sprayed a North Face employee at the Tanger Outlet on Highway 17, Dec. 9, 2019. (Photo: HCPD)

A group of customers suspected of shoplifting had been identified by store employees, police say, and employees began “store-dictated standard intervention procedures.”

The woman is now wanted for assault.