One woman played a recording from when she called 911 to get help for her overdosing son, then called one of the Sacklers the “scum of the earth." 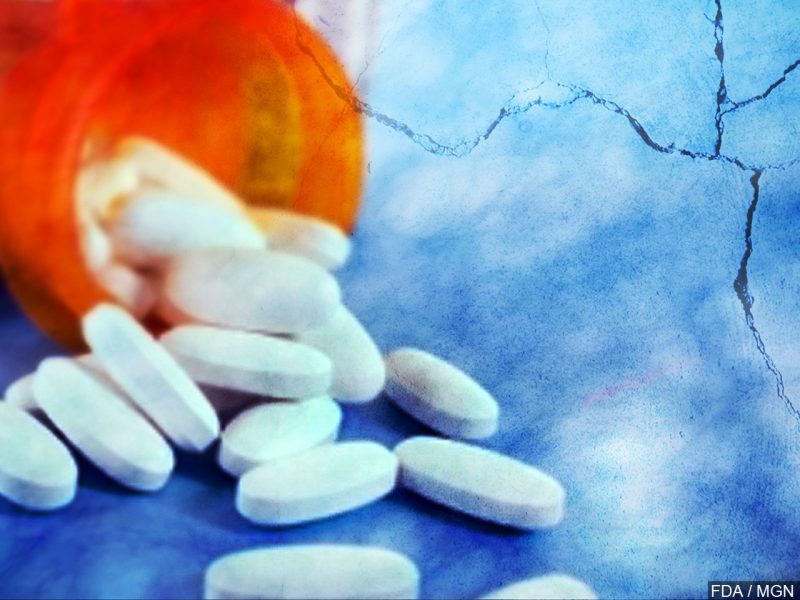 NEW YORK (AP) — Angry, defiant and sometimes tearful, more than two dozen Americans whose lives were upended by the opioid crisis finally had their long-awaited chance Thursday to confront in court some members of the family they blame for fueling it.

They were unsparing as they unleashed decades of frustration and sorrow on members of the Sackler family who own OxyContin maker Purdue Pharma over the course of a three-hour virtual hearing.

One woman played a recording from when she called 911 to get help for her overdosing son, then called one of the Sacklers the “scum of the earth.” Several displayed pictures of loved ones who died too soon because of their addictions. Many spoke about forgiveness, with some trying to find it — and others definitely not.

“I hope that every single victim’s face haunts your every waking moment and your sleeping ones, too,” said Ryan Hampton, of Las Vegas, who has been in recovery for seven years after an addiction that began with an OxyContin prescription to treat knee pain led to overdoses and periods of homelessness.

The unusual hearing was conducted virtually in U.S. Bankruptcy Court at the suggestion of a mediator who helped broker a deal that could settle thousands of lawsuits against Purdue over the toll of opioids, generating billions for the fight against the addiction and overdose crisis and giving Sackler family members protection from lawsuits.

Appearing via audio was Richard Sackler, the former Purdue president and board chair who has said the company and family bear no responsibility for the opioid crisis; he is a son of Raymond Sackler, one of the three brothers who in the 1950s bought the company that became Purdue Pharma. Attending on video were Theresa Sackler, a British dame and wife of the late Mortimer D. Sackler, another of the brothers; and David Sackler, Richard Sackler’s son.

Theresa’s and David’s expressions remained largely neutral as people spoke on video about the pain of losing children after years of trying to get them adequate treatment, about their own journeys through addiction, and about caring for babies born into withdrawal and screaming in pain.

Under court rules, the Sacklers were not allowed to respond to the victims, who were selected by lawyers for creditors in the case. Some victims spoke from a law office in New York; others were at their homes or offices around the country.

Jannette Adams told of her late husband, Dr. Thomas Adams, who was a physician and church deacon in Mississippi and a missionary in Africa and Haiti. He became addicted to opioids after pharmaceutical representatives pitched them, she said. After a terrible decline, he died in 2015.

“I’m angry, I’m pissed, but I move on,” Adams said. “Because our society lost a person who could have made so many more contributions. … You took so much from us, but we plan to, through our faith in God, move forward.”

Kristy Nelson played for the Sacklers a tense recording of a 911 call in which she summoned police to her home the day her son Bryan died of an opioid overdose. The dispatcher asked whether his skin had gone blue; she said it was white. She said she replays the call in her mind daily.

Thursday was Richard Sackler’s 77th birthday, according to public records. Later this month, Nelson said, she and her husband will visit the cemetery on what would have been Bryan’s 34th birthday.

“I understand today’s your birthday, Richard, how will you be celebrating?” she said. “I guarantee it won’t be in the cemetery. … You have truly benefitted from the death of children. You are scum of the earth.”

Her words echoed a 2001 email from Richard Sackler, made public during lawsuits over OxyContin, in which he referred to people with addiction as “scum of the earth.”

Jenny Scully, a nurse in New York, gave birth in 2014 while on OxyContin and other opioids prescribed years earlier when she was dealing with both breast cancer and injuries from an accident. She was told her baby would be healthy, Scully said, but the little girl has had a lifetime of physical, developmental and emotional difficulties.

“You have destroyed so many lives,” she said, pulling her daughter into view. “Take a good look at this beautiful little girl you robbed of the person she could have been.”

The forum was unconventional for the White Plains, New York, courtroom of Bankruptcy Judge Robert Drain, who on Wednesday gave tentative approval to key elements of a plan to settle thousands of lawsuits against the company.

Other drugmakers and wholesalers and even a consulting company have also been settling lawsuits over the opioid crisis, which has been linked two more than 500,000 deaths in the U.S. over the past two decades. But Purdue’s case stands out because it was an early player with OxyContin and is privately owned.

The settlement is estimated to be worth at least $10 billion over time. It calls for the Sacklers to contribute $5.5 billion to $6 billion over 17 years to fight the opioid crisis. That’s an increase of more than $1 billion over a previous version rejected by another judge on appeal. Most of the money would be used for efforts to combat the crisis, but $750 million would go directly to victims or their survivors.

The overall settlement, which still requires actions by multiple courts to take effect, provides more than $150 million for Native American tribes and over $100 million for medical monitoring and payments for children born in opioid withdrawal.

The plan also calls for family members to give up ownership of the company so it can become a new entity, Knoa Pharma, with its profits dedicated to stemming the epidemic. In exchange, Sackler family members would get protection from lawsuits over opioids.

The family also agreed not to oppose any efforts to remove the Sackler name from cultural and educational institutions they have supported and to make public a larger cache of company documents.

Purdue Pharma starting selling OxyContin, a pioneering extended-release prescription painkiller, in 1996. At the same time, Purdue and other drug companies funded efforts to get doctors and other prescribers to think differently about opioids — suggesting they be used for some pain conditions for which the potent drugs were previously considered off limits.

Over the decades, there were waves of fatal overdoses, first associated with prescription drugs and then, as prescriptions became harder to obtain and some drugs became harder to manipulate for a quick high, from heroin. More recently, fentanyl and similar drugs have become the biggest killer.

Purdue has twice pleaded guilty to criminal charges, but no Sacklers have been charged with crimes. There are no indications any such charges are forthcoming, although seven U.S. senators last month asked the Department of Justice to consider charges.

The Sacklers have never unequivocally apologized. Last week, they released a statement saying in part, “While the families have acted lawfully in all respects, they sincerely regret that OxyContin, a prescription medicine that continues to help people suffering from chronic pain, unexpectedly became part of an opioid crisis that has brought grief and loss to far too many families and communities.”

Following the hearing, a spokesperson for Mortimer Sackler’s descendants said the family would not make a statement; a representative of Raymond Sackler’s side of the family did not immediately respond to a request for comment. The family of the other brother, Arthur, sold its share of Stamford, Connecticut-based Purdue before OxyContin was developed.

Several speakers noted the lack of an apology, and some called for prosecutors to pursue criminal investigations.

“When you created OxyContin, you created so much loss for so many people,” said Kay Scarpone, who lost her son Joseph, a former Marine, to addiction a month before his 26th birthday. “I’m outraged that you haven’t owned up to the crisis that you’ve created.”

Through sobs, did Alex Murdaugh say he killed his son?