Kirk Pistel is the Southport Ferry Operations Manager. He says the ramp which is used for cars to drive on and off the ferry is run by a system of cables and counterweights. That system failed Tuesday when a cable snapped. Pistel says that cable was less than a year old.

“The cable slipped through here, slipped through all four of these clamps, and that’s what allowed the counterweights to fall to the bottom,” Pistel said as he showed an example of the clamp. 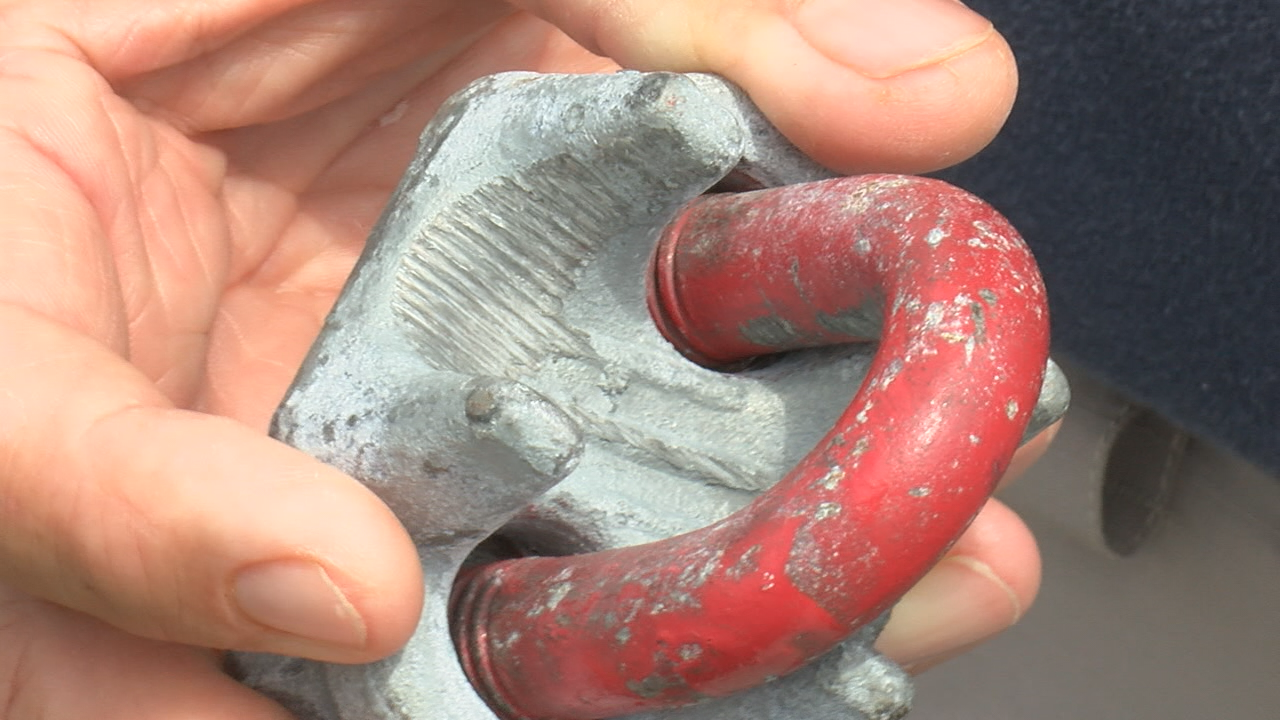 Southport Ferry Operations Manager shows one of the clamps that failed at the ferry ramp.
(Photo: Matt Bennett/WWAY)

The NC Department of Transportation said without the system in place, it is impossible to load and offload vehicles to and from the ferries.

Repair work will begin immediately. While the route is offline, drivers can use N.C. Highway 87 and U.S. Highway 17 to travel between Southport and the Wilmington area, including Fort Fisher.

“We’re looking at the first of October,” Pistel said. “We’ve got electric chain falls that we’ve got to get in here, we’ve got power that needs to be run out, they’ve got to be wired up. And we need to make sure that the ramp is safe to operate.”

Pistel says that chain fall system will only be able to support motorcycles, cars, and pickup trucks, no larger trucks or buses. He says before this happened, ramp maintenance was already scheduled for January, meaning the second busiest ferry in North Carolina will have to shut down again.

“In January, we’re going to be retrofitting the ramps, and the new ramps will be hydraulic, so we won’t have the counterweights or cables to mess with,” Pistel said. “At that time, we’re going to be shut down for approximately three months.”

Pistel says that hydraulic system can’t be installed now, because the contractor for that project and the necessary parts won’t be available for two months. That would mean the ferry would be shut down for five consecutive months.

We’ll continue to provide updates on the repair progress.