MAE SAI, Thailand (AP) — Rescuers found all 12 boys and their soccer coach alive deep inside a partially flooded cave in northern Thailand late Monday, more than a week after they disappeared and touched off a desperate search that drew international help and captivated the nation.

Video released early Tuesday by the Thai navy showed the boys in their soccer uniforms sitting on a dry area inside the cave above the water as a spotlight, apparently from a rescuer, illuminated their faces.

Chiang Rai provincial Gov. Narongsak Osatanakorn said the 13 were in the process of being rescued, but he cautioned that they were not out of danger yet.

“We found them safe. But the operation isn’t over,” he said in comments broadcast nationwide, referring to the complicated process of extricating them.

Family members of the missing hugged each other as they cheered the news.

Aisha Wiboonrungrueng, the mother of 11-year-old Chanin Wiboonrungrueng, smiled and hugged her family as news of their discovery spread. She said she would cook her son a Thai fried omelet, his favorite food, when he returns home.

Rescue divers had spent much of Monday making preparations for a final push to locate the lost soccer players, aged 11 to 16, and their 25-year-old coach. They disappeared when flooding trapped them after entering the Tham Luang Nang Non cave in Chiang Rai on June 23.

Narongsak said the divers located the missing about 300-400 meters (yards) past a section of the cave that was on higher ground and was thought to be where the team members and their coach may have taken shelter.

“When the medics have evaluated the kids to see if their health is in good condition, we will care for them until they have enough strength to move by themselves, and then we will evaluate the situation on bringing them out again later,” Narongsak said.

In the 5-minute navy video, the boys are quiet as they sit on their haunches, legs bent in front of them. They are clad in the uniforms they apparently were wearing on the morning they disappeared in the cave.

“You are very strong,” one of the rescuers says to them in English. One of them asks what day it is, and the rescuer responds, “Monday. Monday. You have been here — 10 days.

One of the boys, noticing the camera and hearing words they don’t immediately understand, says in Thai, “Oh, they want to take a picture; tell him we’re hungry. I haven’t had anything to eat.”

Then the boy breaks into simple English, saying, “Eat, eat, eat,” to which another voice responds in Thai that he already told that to the rescuer.

Anmar Mirza, a leading American cave rescue expert, said many challenges remain for the rescuers. He said the primary decision is whether to try to evacuate the boys and their coach or to supply them in place.

“Supplying them on site may face challenges depending on how difficult the dives are,” Mirza, coordinator of the U.S. National Cave Rescue Commission, said in an email. “Trying to take non-divers through a cave is one of the most dangerous situations possible, even if the dives are relatively easy. That also begets the question: If the dives are difficult then supply will be difficult, but the risk of trying to dive them out is also exponentially greater.”

Prime Minister Prayuth Chan-ocha thanked the international experts and rescuers who helped locate the missing for their “tremendous efforts.”

“The Royal Thai Government and the Thai people are grateful for this support and cooperation, and we all wish the team a safe and speedy recovery,” Prayuth’s office said in a statement. 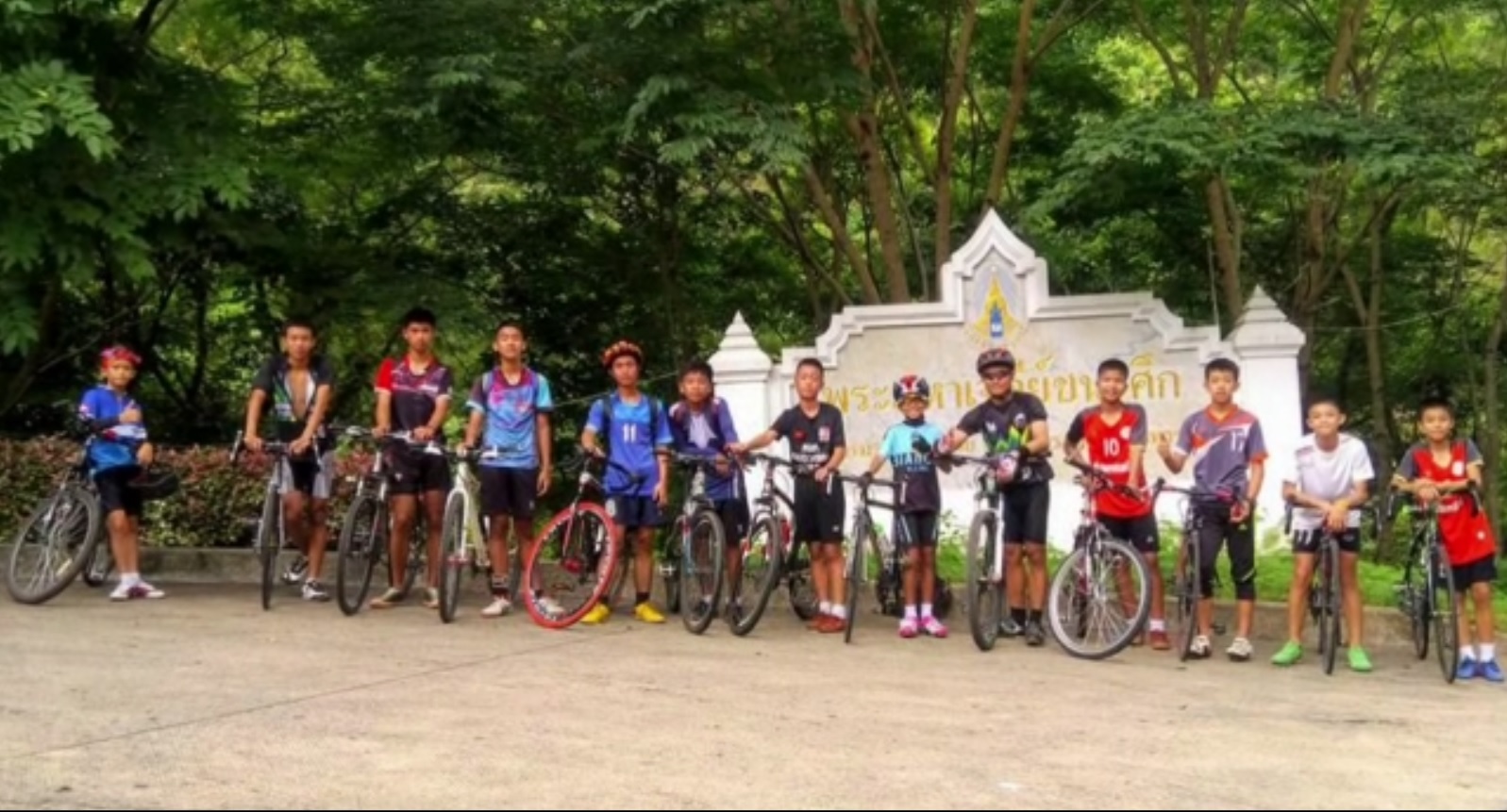 Thai navy SEAL divers and rescue workers from other countries had made initial progress through a narrow passageway early Monday after passing through a key chamber on Sunday whose high, murky waters had previously blocked their progress.

Gov. Narongsak had said earlier the passageway goes upward in some places and downward in others and is very narrow, making it difficult for divers and their gear to fit through.

Divers have been stymied repeatedly by rising water that forced them to withdraw for safety reasons. When water levels fell Sunday, the divers went forward with a more methodical approach, deploying a rope line and extra oxygen supplies along the way.

The SEALs’ Facebook page said that since Sunday night, the divers had reached a bend where the kilometer-long (half-mile) passage splits in two directions. The divers were aiming for a sandy chamber on higher ground in the cave.

Narongsak explained early Monday that fixing rope lines and deploying oxygen tanks along their route will allow the divers to operate.

In addition to the divers, teams have been working to pump out water as well as divert groundwater. Other efforts have focused on finding shafts on the mountainside that might serve as a back door to the blocked-off areas.

Teams have been combing the mountainside looking for fissure that might lead to such shafts. Several have been found and explorers have been able to descend into some.

Experts in cave rescues from around the world had gathered at the site. An official Australian group has followed a U.S. military team, British cave experts, Chinese lifesaving responders and several other volunteer groups from various countries.

“These are challenging conditions and there’s a lot of consideration for safety as well as, the environment outside is contributing to the environment inside,” said U.S. Air Force Capt. Jessica Tait, part of a 30-member U.S. military team assisting in the search, referring to the rain that has been flooding the cave. “So I’d say, yeah, it’s an accurate statement that it’s challenging.”