NEW HANOVER COUNTY, NC (WWAY) — An epic ride for two boaters left their vessel overturned and them in the water near Mason’s Inlet on Thursday.

Photographer Carson Talbert with Lost Wave Media was shooting video on the north end of Wrightsville Beach when he saw two men attempting to ride through the inlet. However, the small skiff was no match for the large waves. 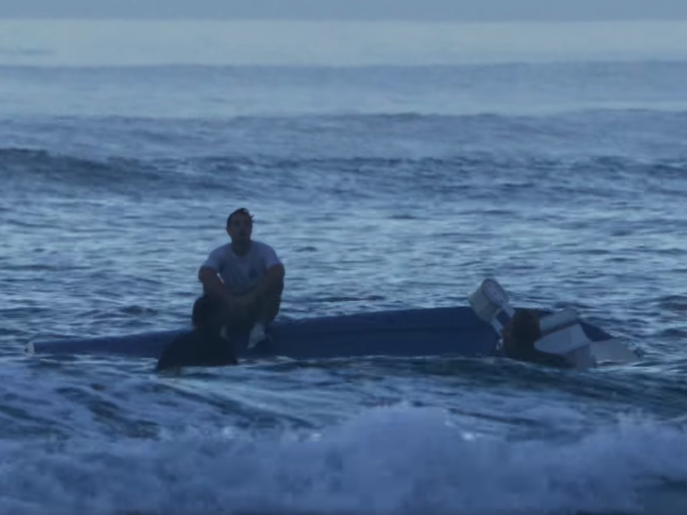 The boat took 4-6 ft waves head on. One eventually caused the boat to go into the air, flipping it. The men were thrown into the water. The incident was all caught on camera.

Video shows nearby surfers coming to help as the two floated back to shore with the boat.

Fortunately, the driver and passenger were OK.