WHITE STOCKING, NC (WWAY) — Hurricane Florence made landfall in the Cape Fear two years ago, leaving a mark that is still noticeable to this day.

In September 2018, Sand Hill AME Church on Whitestocking Road in Pender County was left complete underwater due to Florence. 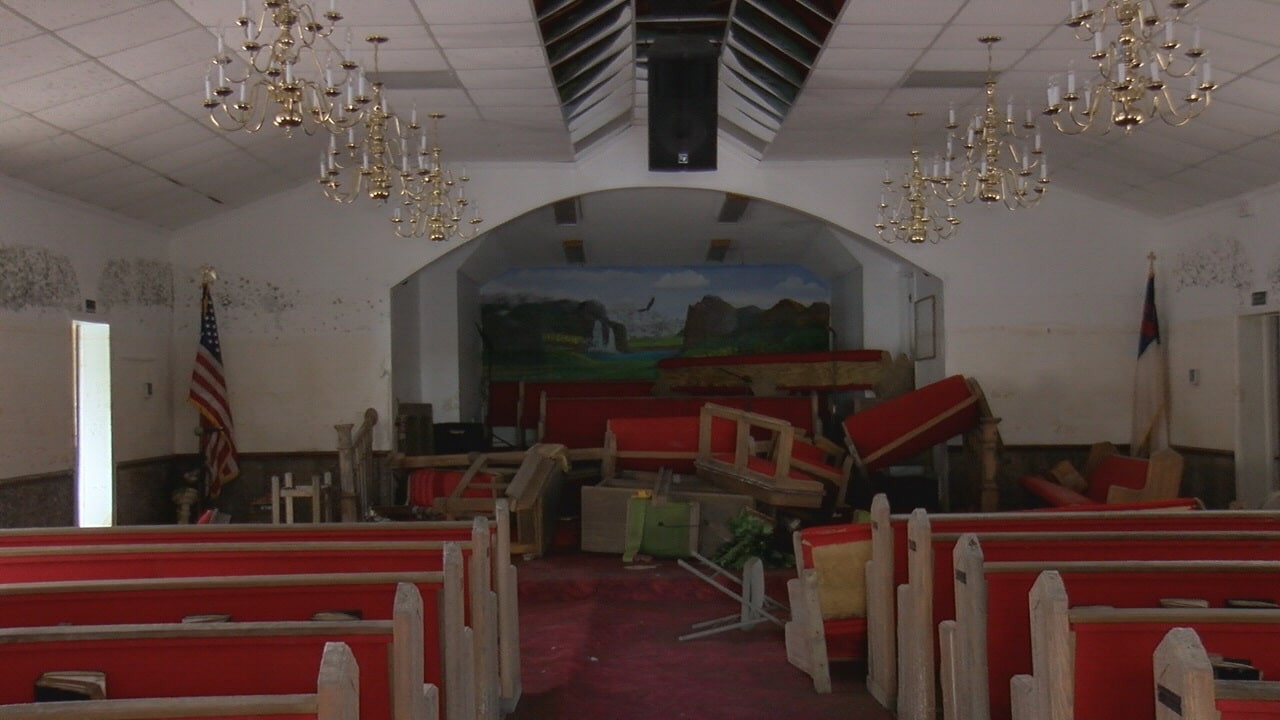 Members of the church say as they see the repairs come together and people moving back to the community, they see hope.

The Whitestocking community of Pender County is still recovering after the historic floodwaters left behind from the hurricane. Sand Hill AME Church was one of the only places visible through the flooding. The steeple stood tall.

Two years later, Pastor Justin Nick says four homes have been dedicated, meaning rebuilt and rededicated to God, but there is work to be done. 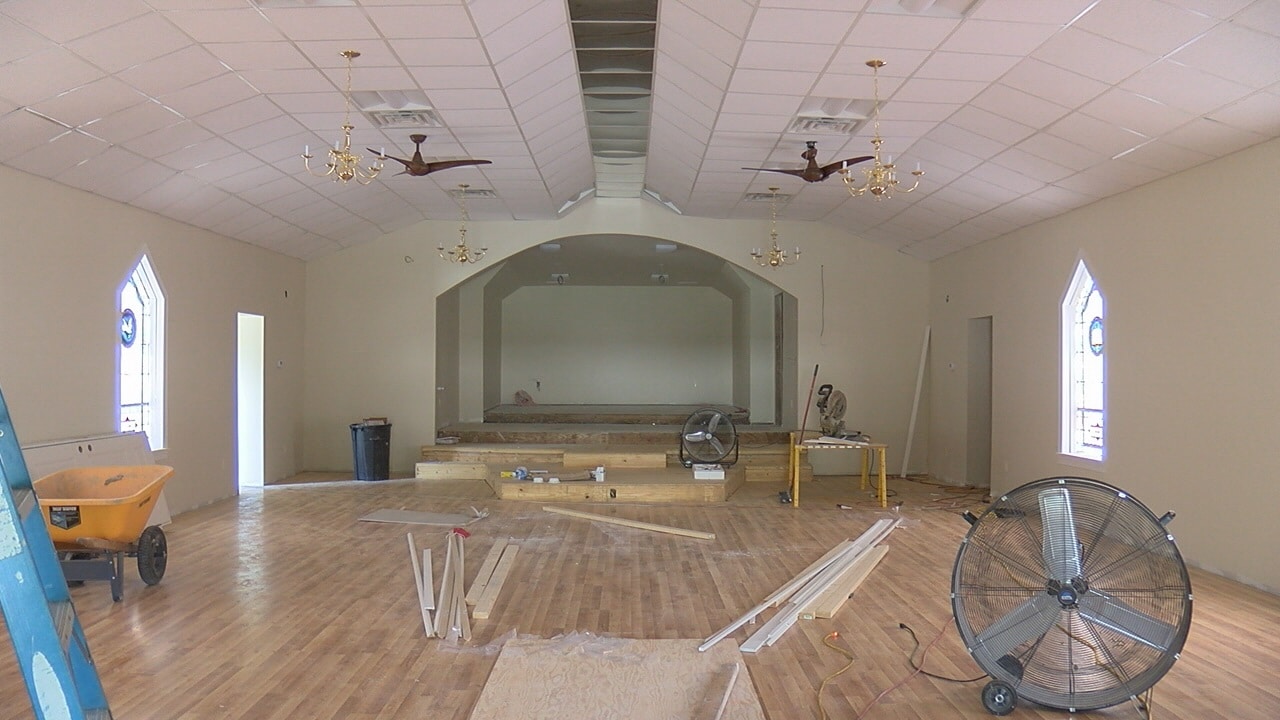 The church suffered significant damage including one window being blown out in the sanctuary. It’s since been replaced with a memorial of the flooding. 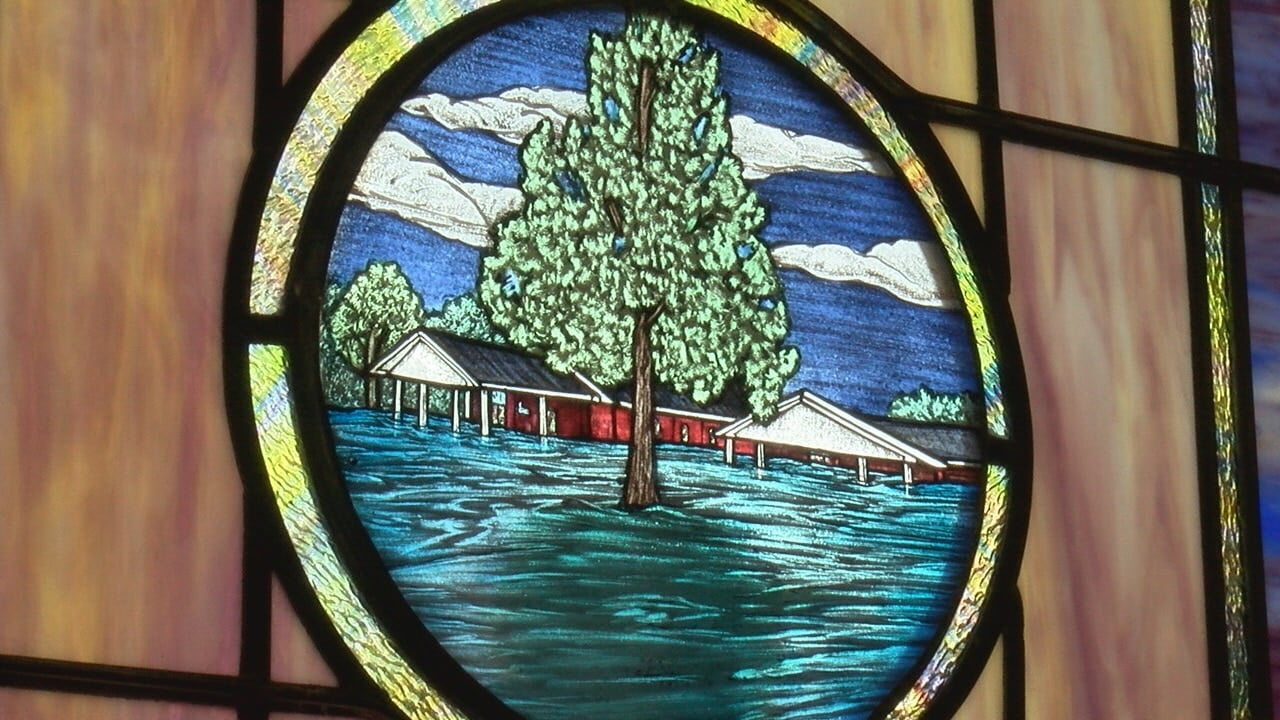 The church has replaced a window damaged during Florence with art. (Photo: WWAY)

“It’s a very emotional day, especially for the people of our community because some of them are still not back in their homes two years afterwards,” Nick said.

Nick says this is a reminder to always tell the story.

“In the African Methodist Episcopal tradition, we have a rich history and every struggle we’ve gone through we memorialize to show that God still brings us on the other side of these hard times,” Nick said.

He says thanks to the community, they’ve been rebuilding and have been able to have services in the fellowship hall since March.

Commecha Jordan, born and raised in the community and church, says they’ve come a long way since Sept. 2018.

“You just can’t ever imagine, as far as you’ve ever known it to be land there’s nothing but water,” Jordan said.

Jordan says there seemed to be more progress this year because the community came together.

“I think the most beautiful thing about it, and it gave us so much hope, that we were all God’s people,” Jordan said. “It didn’t matter what color we were, where we were from, what nationality we were. It was just beautiful seeing God’s people seeing other bretheren and sisteren in trouble and they came out to help. And that’s what it’s all about.”

Jordan told WWAY that the church is working to form an emergency response team, so that if there were every another emergency they will be able to go out and help just as so many other have been able to help them.

While they’re going in the right direction, there are still expensive repairs that need to be made. You can send donations to Givelify: Sandhill AME Church or by mail to 3030 Whitestocking Rd. Burgaw, NC.