WILMINGTON, NC (WWAY) — A billboard at the intersection of Eastwood Road and Racine Drive has caught the attention of drivers and raised concerns for some in Wilmington.

A picture depicting President Joe Biden eating ice cream over a photo of a helicopter in Afghanistan is a part of a digital billboard in Wilmington. There’s also a photo of Biden peaking through blinds featured in the slideshow of advertisements. 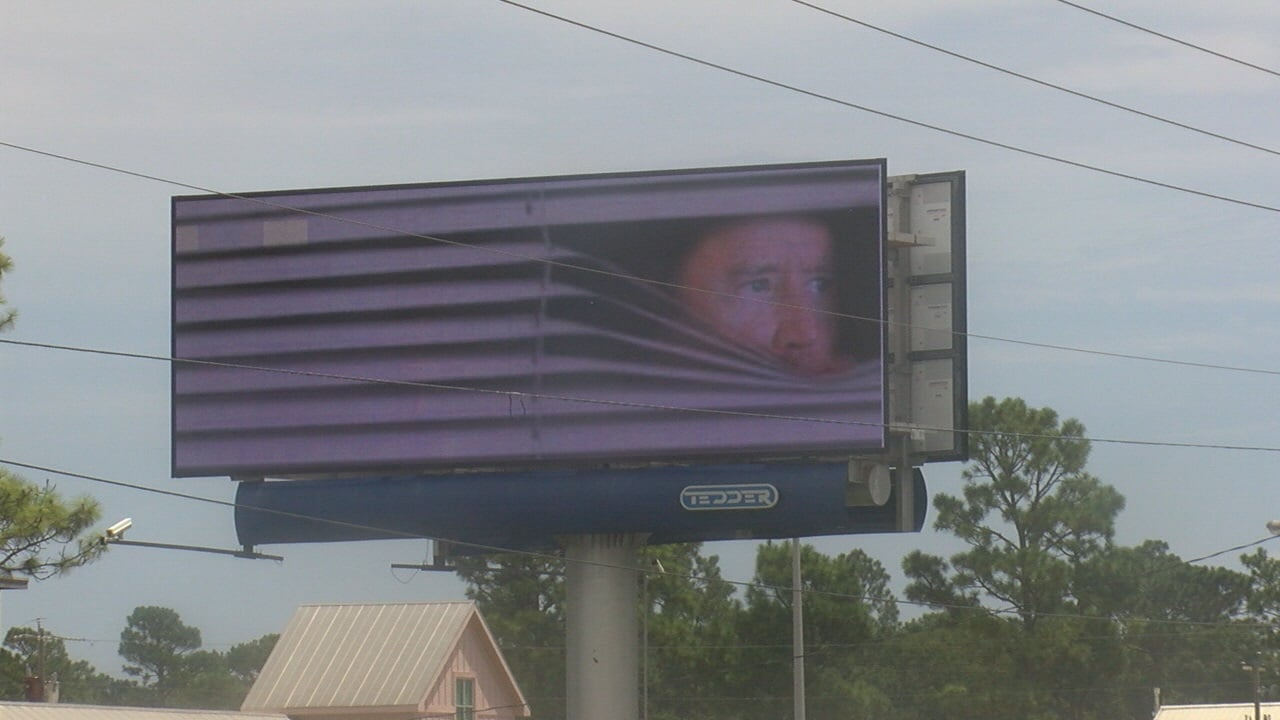 A photo of Biden peaking through blinds on a billboard in Wilmington (Photo: Peyton Furtado/WWAY)

The owner of Tedder Outdoor Advertising, the operator of the billboard, says someone anonymously dropped off an envelope with money and instructions for the billboard inside.

Sonya Patrick, a representative for the New Hanover County Democratic Party, says the money spent on the billboard could have supported a family trying to get out of Afghanistan.

“This is not a laughing matter, this is a very sensitive issue, and it’s not to be made fun of,” Patrick said. “Maybe that’s why the person didn’t put their name on it because a part of their conscience if they have any type of moral conscience, it’s letting them know this.”

WWAY reached out to the New Hanover County Republican Party for a statement and GOP Chair Will Knecht said they did not want to comment.