Wilmington family of fallen hero gets mortgage paid in full

WILMINGTON, NC (WWAY) — A Wilmington family is among the 35 Gold Star recipients that has had their mortgage paid in full by the Tunnel to Towers Foundation.

The announcement was made during the Foundation’s Veterans Day name-reading ceremony at the Lincoln Memorial in Washington, DC Thursday morning. 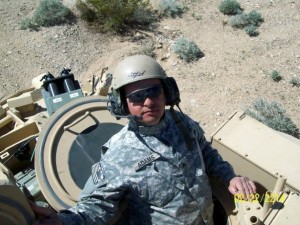 The foundation provided the gift to the families of the following North Carolina fallen service members:

“This Veterans Day, we’re honoring the inspiring Americans who sprang into action to take the fight to our enemies and protect our homeland in the wake of September 11th. We’re eternally grateful to the fallen heroes of the Global War on Terror and their families who live every day with the reminder of the sacrifice of their loved one. As a small thank you to the Davis, Goodman, Smith, Bohle, Adams, Kundrat and David families, we’re paying off their mortgages, ensuring they’ll always have a place to call home,” said Tunnel to Towers CEO and Chairman Frank Siller.

U.S. Army Sergeant Roger Leeroy Adams, Jr. of the 120th Combined Arms Battalion, North Carolina National Guard of Jacksonville, NC, was killed in the line of duty on June 29, 2009, when an improvised explosive device detonated near his vehicle in Baghdad, Iraq.

SGT Adams, who had spent 13 years as an active-duty Marine prior to enlisting in the North Carolina Army National Guard in March 2006, served the country during Operation Iraqi Freedom. He was an emergency medical technician Volunteer Firefighter with the Half Moon Fire Department, was Fire Fighter 1 & 2 Certified.

SGT Adams is survived by his wife, Teresa, and his four children.

The Tunnel to Towers Foundation has provided the Adams family with a Gold Star Home.

“When I got the news I couldn’t speak for a while, and I’m a writer, so I have a lot of words, but I couldn’t talk,” Teresa Adams said. “I still can’t really put it into words, it just it saved us. We were going home because of Tunnel to Towers.”

On September 11, 2001, FDNY firefighter Stephen Siller laid down his life to save others when America was attacked. For 20 years, the Tunnel to Towers Foundation has honored Stephen’s legacy by supporting the heroes who continue to risk life and limb in the line of duty.

This year the Tunnel to Towers Foundation promised to deliver 200 homes this year in honor of its 20th anniversary. By the end of the year, Tunnel to Towers will have delivered 450 homes across its programs.

One in custody after stolen car chase in New Hanover County