WPD: One killed in shooting, one taken to NHRMC, vehicle of interest identified

Wilmington Police Capt. Thomas Tilmon said police responded to a call of shots fired in the 800 block of South 13th Street at 5:27 p.m.

Two females were shot. One was pronounced dead, the other was taken to New Hanover Regional Medical Center in critical condition.

Wilmington Police are not releasing the victims’ names until family members have been notified.

Police are now searching for a car of interest. It is a light-colored Lexus sedan with a sunroof. 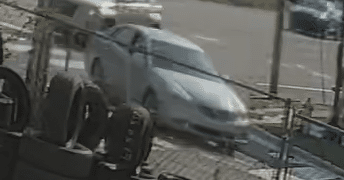 Wilmington Police say this vehicle may have been involved in a shooting on Thursday 7/29/21.
(Photo: WPD)

Although Tilmon wouldn’t discuss motives, he says police recently increased patrols in areas prone to violence after a double homicide left a validated gang member dead. Police were nearby when Thursday’s shooting happened.

“Anytime you have violence like what happened out in Ogden, that typically does trigger additional violence which is why Chief Williams bolstered our personnel as he did,” Tilmon said.

The recent uptick in violence is leaving some in the community pleading for peace. Sharon Coleman was visiting her sister, who lives right across the street from where the shooting happened.

“Her grandkids be outside all day running up and down the sidewalk and it could’ve been them that got killed,” Coleman said. “It got to stop, we got to put a stop to this. It’s ridiculous, it don’t make no sense.”

However according to police, there could be more violence to come.

“We anticipate a long weekend and a long week next week,” Capt. Tilmon said. “The officers and the detectives at the Wilmington Police Department all know what we’re facing next week in light of recent events.”

You can report any tips here.