Two inmates who escaped from a jail in Tennessee were confirmed dead by the Sullivan County, Tennessee Sheriff's Office.

WILMINGTON, NC (WWAY) — Two inmates who escaped from a jail in Tennessee were confirmed dead here in Southeastern North Carolina.

According to the Sullivan County Sheriff’s Office, Tobias Wayne Carr, Johnny Shane Brown, and Timothy Allen Sarver escaped from the Sullivan County Jail on Friday by climbing through the air vents. Initially, it was believed the three were in the Pulaski, Virginia area.

Just after 3 pm on Monday, SCSO confirmed Tobias Carr and Timothy Sarver were confirmed dead in the Wilmington area. It’s believed the men were involved in a robbery at a convenience store somewhere in North Carolina and led officers on a multi-jurisdictional pursuit before “the vehicle was disabled in Wilmington.”

A spokesperson with Wilmington Police says they were not involved in the chase and it never entered city limits.

Johnny Brown remains at large. Anyone with information is asked to call 1-800-TBI-FIND. 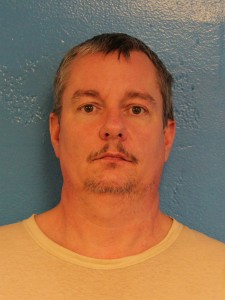 WWAY has reached out to several agencies for more details and will update this story.

Meanwhile, we are trying to determine if this is related to a deadly crash in Brunswick County early on Saturday morning.

Onslow County Sheriff’s Office responded to an armed robbery at the Speedway Convenience store in Sneads Ferry around 4:30 am Saturday. The clerk at the store reported that two males entered the store and robbed the clerk at gunpoint. The suspects tied the clerk up and left after stealing money from the register and safe. The suspects then fled the scene in the clerk’s car. The clerk was not injured. 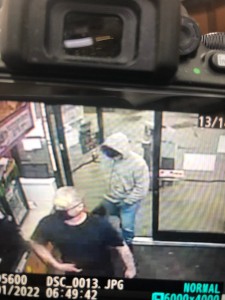 North Topsail Beach Police Department responded to the incident as well. While talking to the victim, the victim saw his vehicle drive by with the two suspects inside. Officers tried to stop the vehicle, but the suspects refused to stop and a chase began.

Multiple agencies assisted in the chase as it went through Onslow, Pender, New Hanover, and Brunswick Counties. The chase ended when the vehicle crashed in Brunswick County.

A spokesperson with the New Hanover County Sheriff’s Office told the StarNews they assisted with the chase on Saturday but only had minor involvement.

Navassa Police Chief Darryll DeCotis says two people died as a result of a multiple agency pursuit on Old Mill Road around 6 am on Saturday.

The North Carolina State Bureau of Investigation is taking the lead on this case.

The Tennessee Bureau of Investigation says they can only confirm that Tobias Carr and Timothy Sarver were found dead in North Carolina.