WILMINGTON, NC (WWAY) – The large-scale developments coming to Military Cutoff Road keep coming as Wilmington leaders give the green light to The Avenue 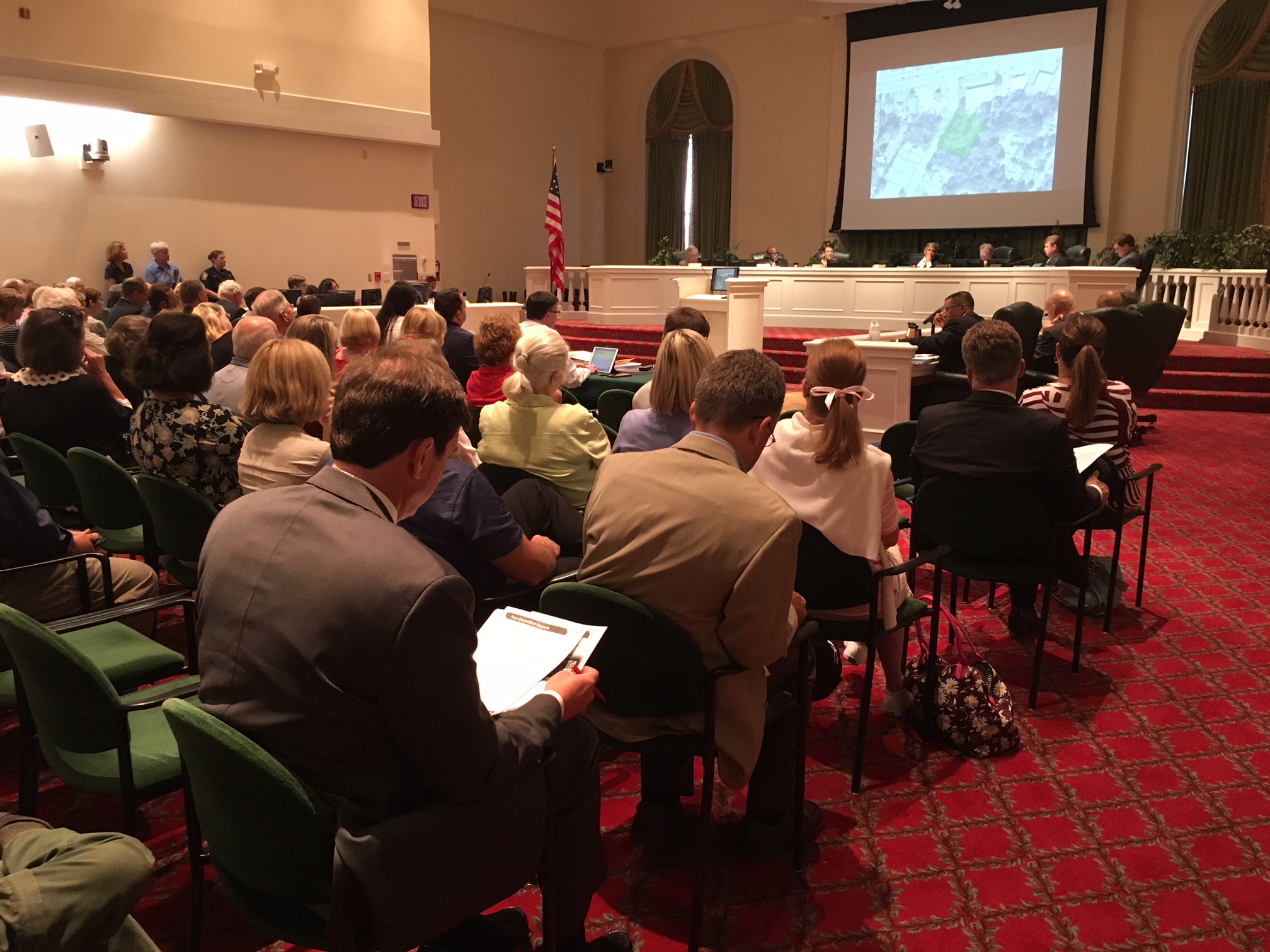 A year ago the developer, Carroll Companies, took their plans for the major multi-use development off the table following a poor review from the community as well as from city planners.

Just over a month ago, the company returned with a new legal representative in Michael Lee as well as new engineering and traffic studies for the scaled down project.

Wilmington City Council, following hours of information and minutes of comment from the public, approved rezoning in favor the nearly 45-acre development. It will develop lands along Military Cutoff Road south of Arboretum Drive as well as East Westwood Drive and Lance Drive.

A majority of this site previously and currently hosts mobile homes.

City Council voted 5-2 in favor of the rezoning. This comes with several conditions the planning board asked of the developer as well as favors Carroll Companies also plans to install to help with traffic.

Military Cutoff Road currently sits with an F rating for traffic flow according to the state. Developers with Carroll Company plan to create T intersections with red lights as well as a 900 foot right hand turn lane on the north bound side of the road.

The lengthy city council meeting was filled with frustration from neighbors in Landfall, Hawthorne Station and other neighborhoods. Michael Lee told the council that the developer is trying to set up connections to Landfall to help with northern traffic out of the development. Neighbors like Noel Sanders gave a clear answer on how the neighborhood responded to the developer.

“And we let them know we don’t want access to this development,” Sanders said.

Lee did say the developer reached an agreement with the southern property for connection access to The Avenue. Gary Shipman is the land owner along Old McCumber Station Road agreeing to have a connection built.

“When I look at projects like this, when I look at the economic development study from UNC Wilmington, it comes down to the issue of do the burdens outweigh the benefits and the answer is no,” Shipman said.

Shipman referred to the UNCW Swain Center study that Lee requested. It showed that the project, which incorporates more than 500 residential units, a 231 room Westin Hotel, as well as thousands of feet in affluent retail and restaurant space, will bring in more than $170 million in revenue impact to Wilmington.

“I like your development, I really do. I do not like it for this site,” City Councilman Kevin O’Grady said.

Engineers with Davenport Engineering presented to the council. Their presentation showed the actual estimate of traffic in and out of the development will be 11,000 vehicles. That’s down by 5,000 according to what planning staff and city leaders had been given prior to the public hearing.

“I’ve never seen so much misinformation,” said Terry Reilly, who lives in Landfall.

Councilman Neil Anderson, as well as O’Grady, questioned the number change. The engineers cited the considerable changes to the project: fewer food chains or restaurants that result in frequent vehicular traffic as well as cutting out a grocery store. They also cited the changes in turn lanes as well as lights that currently do not sit on the road will result in mitigation of traffic.

City Council carried the debate into the late evening Tuesday with the discussion of a special use permit. Carroll Companies plans to build multiple parking decks and, in total, four structures that would rise to 75 feet in height. To do that, they would need a SUP approval from the city. Council approved the permit with a vote 6-1 with Kevin O’Grady voting against it.