WILMINGTON, NC (WWAY) — Three years and now the county’s pace is picking up on Project Grace. Thursday evening commissioners heard from neighbors for the first time since voting to move forward with one developer in April.

The county sees a business venture in moving the Cape Fear Museum downtown. County staff have informed county manager Chris Coudriet that the aging building that was once an armory will need renovations. With those changes, Coudriet said an expansion is also needed and that is estimated to cost $25.5 million.

“It’s an opportunity though to spend the money on that site where it currently is or to co-locate it and build a new, modern library as well,” said Coudriet.

Commissioners plan to move forward to see all alternatives of the downtown endeavor with one developer. Neighbors, however, have maintained their position that demolishing either the museum or library downtown is a nonstarter for the project.

“Yeah you can paint it and that would be nice, but you don’t have to knock it down,” said Diane Hall. 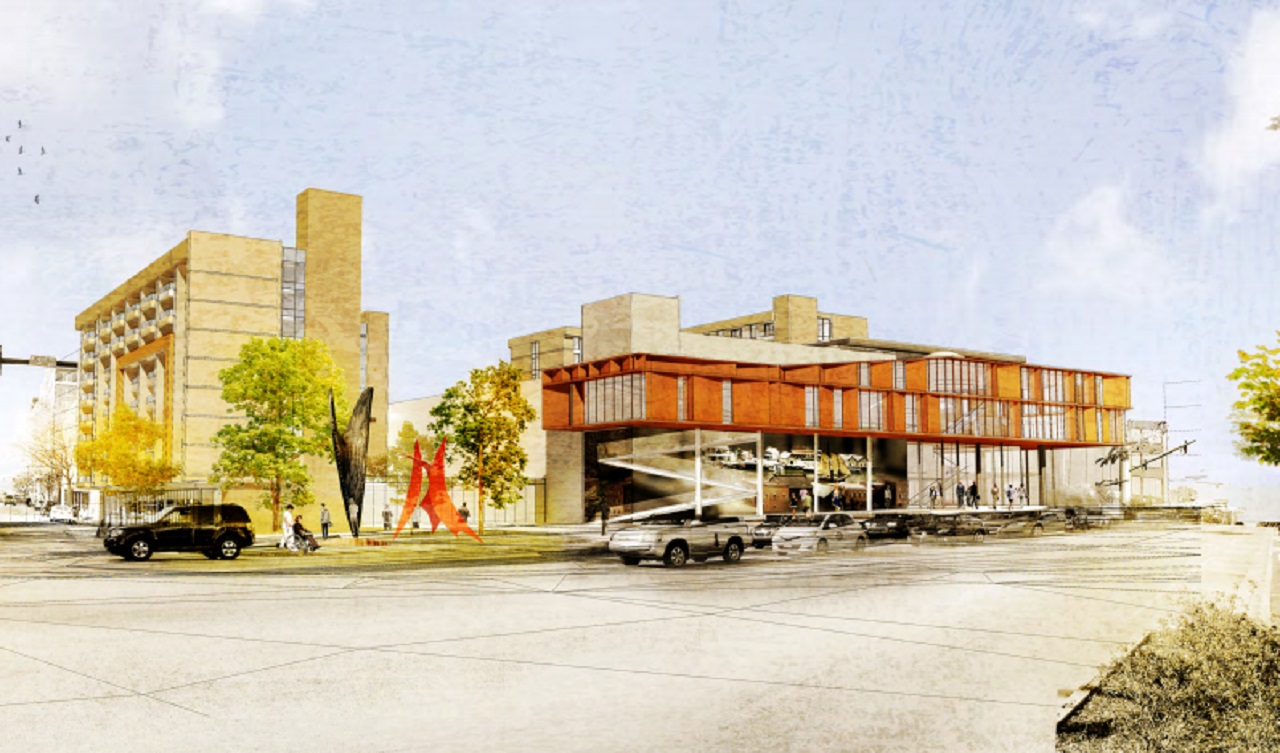 The county issued a request for proposal in summer of 2017 to see what could be imagined at the downtown block alone 2nd and 3rd streets squeezed within Chestnut and Grace. Out of that came several mock plans and then the response by Zimmer Development.

“Zimmer was the only one that gave us a proposal,” said commissioner Rob Zapple. “I was fully and I think all of the commissioners were fully anticipating seeing three, four or more proposals that time, but we didn’t.”

Coudriet said the project would amount to $46 million to move and build a new Cape Fear Museum with a new space joined to the downtown library. The current location would act as more of a collections place for items to be archived then released for exhibit at the downtown location.

“Those buildings are perfectly viable,” said Gareth Evans. “It seems like the train has left the station in a certain degree because there is one developer, one plan on paper, and there are numbers begin given out by the county. ”

Evans is the executive director of the Bellamy Mansion. He says developing the vacant land

around the library and parking deck makes sense. He challenges the estimates the county has given on renovating the museum. Evans says the estimate of $25.5 million dollars is based on square footage and market rates, but not specific plans.

“It’s slightly misleading because you need to actually plan for what you want before you attach a number to it,” said Evans.

Many of the concerns neighbors brought to commissioner Zapple and commission chair Jonathan Barfield involved keeping and renovating the library and museum. The two say all options still sit on the table as negotiations begin.

“I think there was some misunderstanding from the public that they were looking at a completed deal. It was anything but that,” said Zapple.

“If you all give us the time to go through the process, you may be surprised of what you see on the other end,” said chairman Barfield.