Ex-Horry County deputy found guilty in drowning of two women, including one from Shallotte 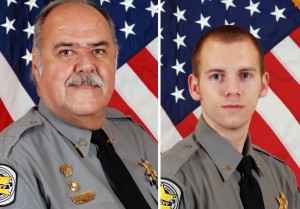 HORRY COUNTY, NC (WWAY) — An ex-Horry County deputy will spend 18 years in prison for his role in the death of two women who drowned in a transport van.

The drowning happened in September of 2018, shortly after Hurricane Florence.

Wendy Newton, 45, of Shallotte, and Nicolette Green, 43, of Myrtle Beach, were in the back of a Horry County Sheriff’s Office transport van when the officers drove around a barricade blocking a flooded road in Marion County.

Both women were mental health patients and were trapped in the back when the van was overcome with flood waters.

The deputies were unable to save the women from the back of the van.

The other former deputy, Joshua Bishop, is being tried separately.