His family wanted opioid treatment, he did not get it, and he died

PENDER COUNTY, NC (WWAY) — We’ve shown you the stories of how the opioid epidemic has taken and devastated countless lives in the Cape Fear.

One Pender County family tells us they lost a loved one due to the war on the opioid crisis in a different way.

Earlier this week we shared with you good news of opioid prescriptions and overdoses dropping.

That’s why the Erne family reached out. They say their family’s patriarch died because of a growing fear to treat pain with the drugs.

“He was smiling and happy,” Nicole Knotts said of her dad.

Herb Erne Jr. loved many things. His bike, the Bible, but most of all his baby girls.

“He was an awesome father,” Knotts said.

In a blink of an eye, all of that changed.

Erne was in his mid 70s and needed a knee replacement. He soon went from always active to dependent on everyone.

“There were days that they’d come and he would say, ‘I’m in too much pain. I can’t do it today,'” said Mary, who was married to Herb for nearly 50 years.

His wife and kids tried to help ease the pain. Tests showed Herb, like many older men, had bone on bone pain, and the tissue as well as cartilage were deteriorating. The family got him home healthcare as well as physical therapy. 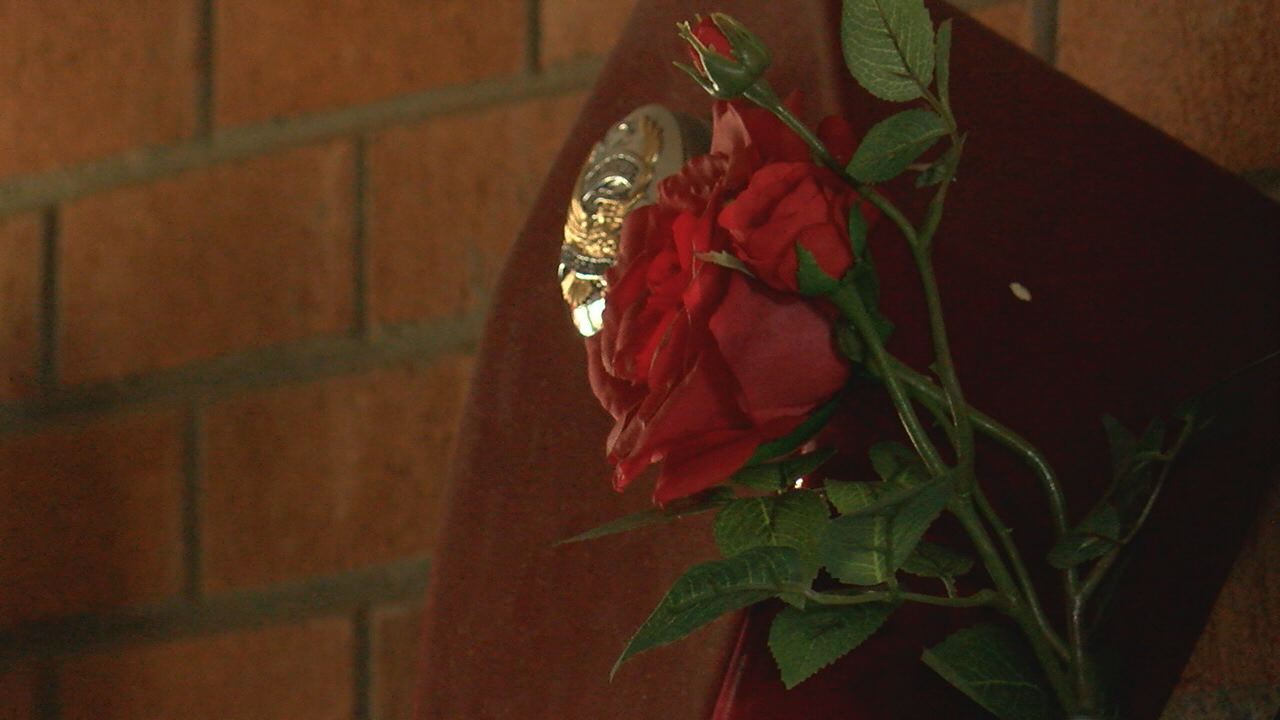 A rose sits next to Herb’s ashes in the family home. (Andrew James/WWAY)

“For him to not be able to do the things that he wanted to do tore me up,” said Knotts, who noted that her dad loved to grow roses around their family home. He slowly was unable to go outside to tend to them, or even make it out of bed some days.

The pain continued. The Ernes say Herb had bypass surgery a couple of years back, but they say he was never addicted to any type of drug. They say they were denied the one thing they believe he needed the most: prescription painkillers.

The Ernes were on a waiting list for the knee replacement almost half a year passed. Herb Erne told his wife he couldn’t take it anymore.

“Three or four days later he ended it,” Mary said. “And he left me a note, and the note said, ‘I love you, but the pain is too unbearable.'”

The family came home to see that Erne fatally shot himself.

The family says Erne’s doctors never allowed him to have anything more than an increased Ibuprofen dose.

“If he had something that he could have gotten through with the pain he could have been strong enough to get up and do physical therapy,” Mary said.

His family is certain the growing fear of prescribing opioids played a role.

“My dad had no way of getting extra help or getting that medication that he couldn’t get and this is what the result of it was,” Knotts said. “He ended up taking his life.”

This all happened nearly a year ago, but Erne’s legacy is still very alive. It’s in his family’s message, but also in his granddaughter. She shares a birthday with her grandfather and talks to him all the time. It’s that remaining love that motivates them to bring awareness to this lesser known victim on the war on opioids.

“I just think the doctor’s need to listen a little more and take a chance for the senior citizens that really need the pain medication,” said Mary said.

The Ernes say they are not alone in this tragedy. Knotts says she has a friend who also lost their father to suicide because of similar chronic pain.