The Wildcats took game one with a dominant performance at the plate. The Wildcats took the lead in the 2nd inning. Marvin Ridge was not going away quietly and tied things up in the 6th. In the bottom of the 6th the Cats bats brought in four runs.

The 2019 Gatorade North Carolina Baseball Player of the Year Blake Walston allowed three earned runs and pitched 6 2/3 innings in game one. Chase Hardee came in to close out game one for the Wildcats.

Cats took game one 7-3 over the Mavericks.

In game two it was Wildcats who were able to get on the board in the top of the 5th and not look back. In the 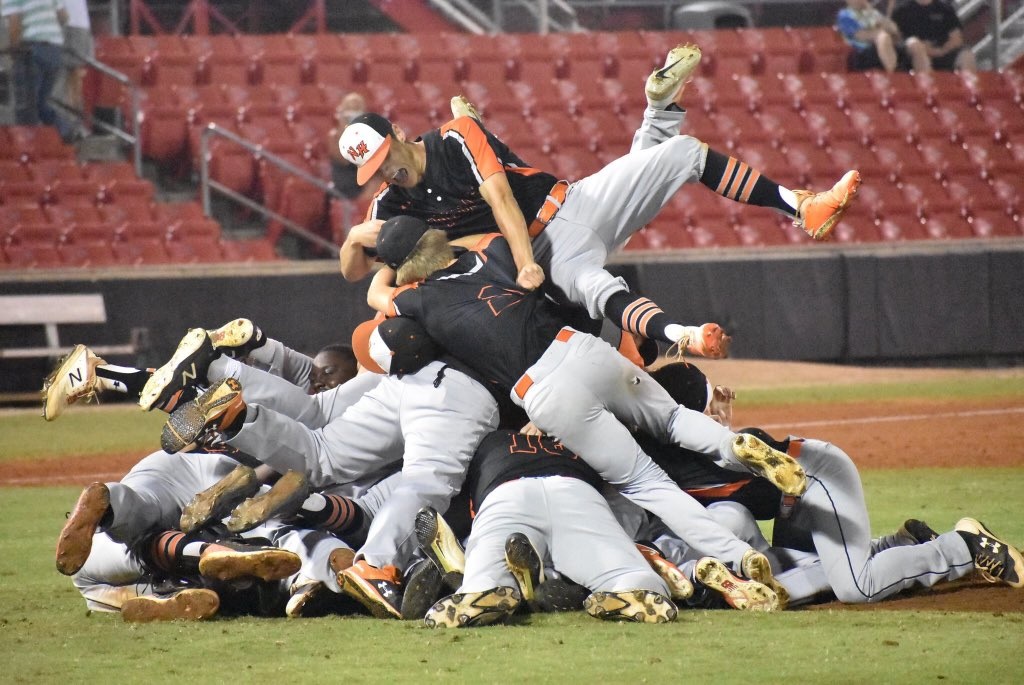 final inning, Kyle Smith hit a two run home run that cleared the 30 foot wall in left. Cats would go into the bottom of the 7th ahead 4-0.

Alex Sniffen recorded the final out making it back-to-back titles for New Hanover.