The Sunset Beach bridge is closed due to a breach of the causeway. 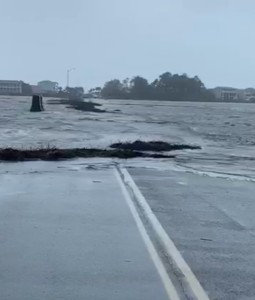 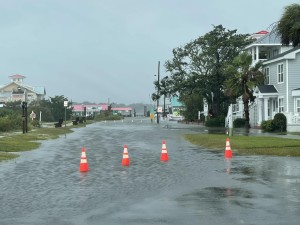 Southport is used to seeing flooding on Bay Street throughout the year during king tides, but that area is seeing very high water. The Southport Police Department has closed off Bay Street, and Brunswick Street due to rising water. Bay at Caswell Ave and W Moore are also closed due to tidal flooding.

The Brunswick County Sheriff’s Office has also posted multiple photos of down trees and accidents Friday urging drivers to stay off the roads during the storm.

Canal Drive is closed in Carolina Beach due to significant flooding seen over the past two days.