WILMINGTON, NC (WWAY) — Investigators have identified a man who killed during a home invasion Christmas Eve.

The New Hanover County Sheriff’s Office says Hakim Hanifah, 31, was one of the men who broke into a mobile home at 115 Silver Lake Road around 2:30 a.m. Sunday. Investigators say the suspects and the homeowner shot at each other. Hanifah was shot and killed.

Sheriff’s spokesman Lt. Jerry Brewer says deputies are looking for at least one other suspect. 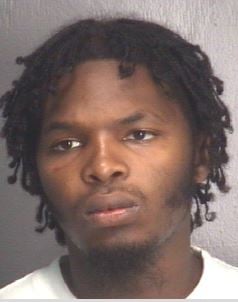 In 2009, Hanifah pleaded guilty to unlawful possession of a firearm by a felon. A judge later sentenced him to eight years in prison. That charge stemmed from a January 2008 investigation of several shootings involving gang members. He was also accused of punching a prison guard on Christmas Eve 2009, because he was not happy with the amount of food he was served.