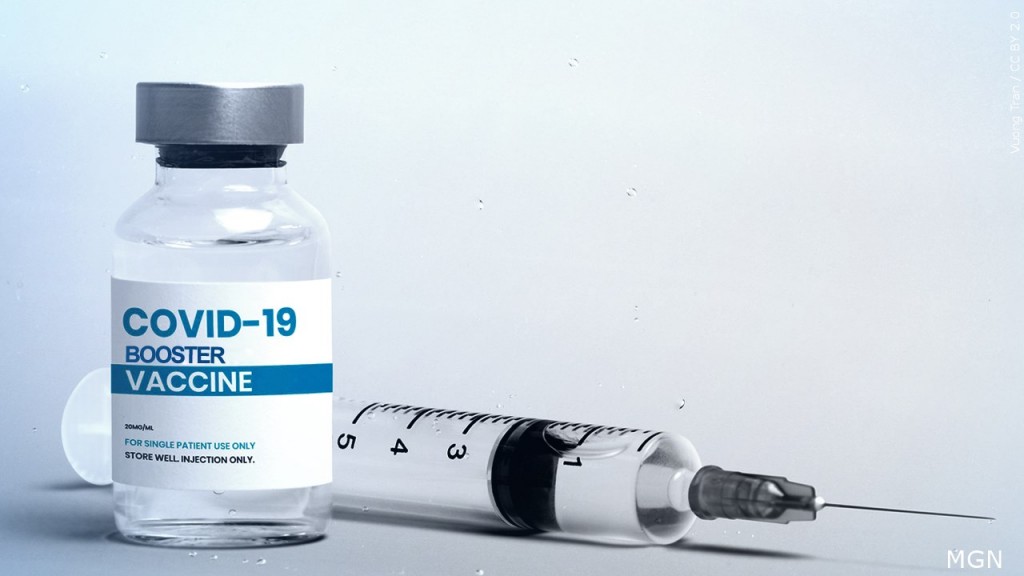 Influential government advisers are strongly urging that teens as young as 12 get COVID-19 boosters as soon as they’re eligible, a key move as the U.S. battles the omicron surge and schools struggle with how to restart classes amid the spike.

All Americans 16 and older are encouraged to get a booster, which health authorities say offer the best chance at avoiding the highly contagious omicron variant. Earlier this week, the Food and Drug Administration authorized an extra Pfizer shot for kids ages 12 to 15 as well — but that wasn’t the final hurdle.

The Centers for Disease Control and Prevention makes recommendations for vaccinations and on Wednesday, its advisers voted that a booster was safe for the younger teens and should be offered to them once enough time — five months — has passed since their last shot. And while the CDC last month opened boosters as an option for 16- and 17-year-olds, the panel said that recommendation should be strengthened to say they “should” get the extra dose.

Vaccines still offer strong protection against serious illness from any type of COVID-19, including the highly contagious omicron variant, especially after a booster. But omicron can slip past a layer of the vaccines’ protection to cause breakthrough infections.

Studies show a booster dose at least temporarily revs up virus-fighting antibodies to levels that offer the best chance at avoiding symptomatic infection, even from omicron.

Fending off even a mild infection is harder for vaccines to do than protecting against serious illness so giving teens a booster for that temporary jump in protection is like playing whack-a-mole, cautioned Dr. Sarah Long of Drexel University. But she said the extra shots was worth it given how hugely contagious the omicron mutant is, and how many kids are catching it.

More important, if a child with a mild infection spread it to a more vulnerable parent or grandparent who then dies, the impact “is absolutely crushing,” said Dr. Camille Kotton of Massachusetts General Hospital.

The vaccine made by Pfizer and its partner BioNTech is the only option for American children of any age. About 13.5 million children ages 12 to 17 have received two Pfizer shots, according to the CDC. Boosters were opened to the 16- and 17-year-olds last month.

The CDC’s advisers were swayed by real-world U.S. data showing that symptomatic COVID-19 cases and hospitalizations are between seven and 11 times higher in unvaccinated adolescents than vaccinated ones.

If the CDC agrees, about 5 million of the younger teens, those 12 to 15, would be eligible for a booster right away because they got their last shot at least five months ago.

New U.S. guidelines say anyone who received two Pfizer vaccinations and is eligible for a booster can get it five months after their last shot, rather than the six months previously recommended.

Children tend to suffer less serious illness from COVID-19 than adults. But child hospitalizations are rising during the omicron wave — the vast majority of them unvaccinated.

The chief safety question for adolescents is a rare side effect called myocarditis, a type of heart inflammation seen mostly in younger men and teen boys who get either the Pfizer or Moderna vaccines. The vast majority of cases are mild — far milder than the heart inflammation COVID-19 can cause — and they seem to peak in older teens, those 16 and 17.

The FDA decided a booster dose was as safe for the younger teens as the older ones based largely on data from 6,300 12- to 15-year-olds in Israel who got a Pfizer booster five months after their second dose. Israeli officials said Wednesday that they’ve seen two cases of mild myocarditis in this age group after giving more boosters, 40,000.

Earlier this week, FDA vaccine chief Dr. Peter Marks said the side effect occurs in about 1 in 10,000 men and boys ages 16 to 30 after their second shot. But he said a third dose appears less risky, by about a third, probably because more time has passed before the booster than between the first two shots.