According to the poll, almost two-thirds of the state’s adults say they do not believe marijuana use is morally wrong and support reducing penalties for marijuana possession, saying that legalization would boost the state’s economy.

Opposition to legalizing marijuana for recreational use fell significantly among N.C. adult residents since the Elon poll last conducted a survey on the topic in April 2017.

Meanwhile, support for legalizing marijuana for medical use in the state has remained relatively consistent since the 2017 survey. 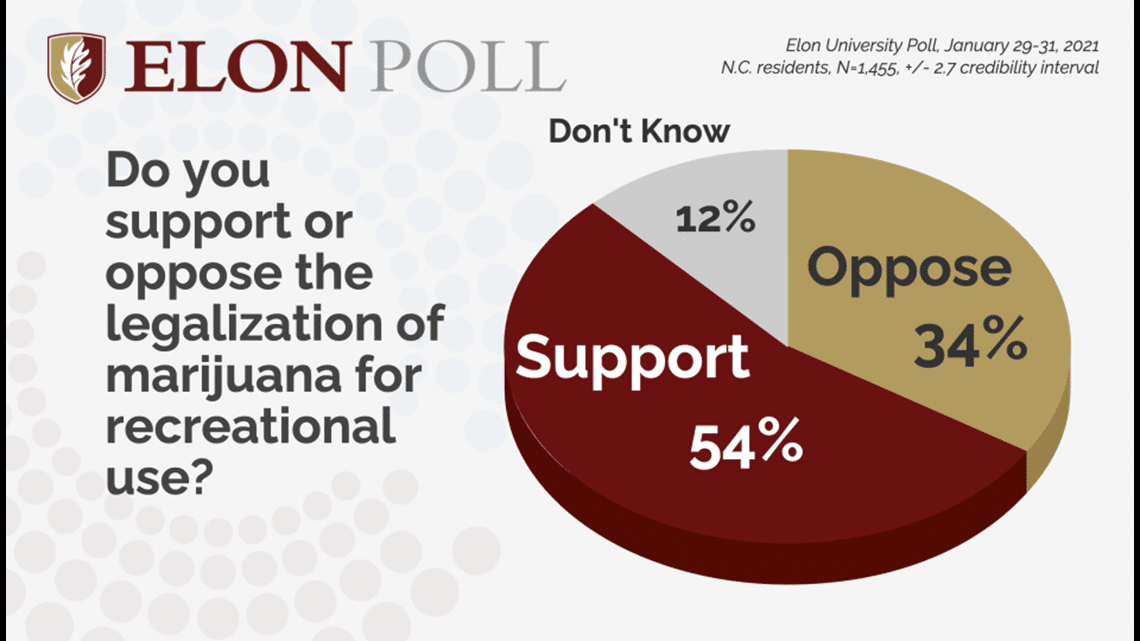 This survey found that 73 percent support legalizing medical marijuana in the state compared to 80 percent, a decline of seven percentage points.

However, opposition levels have remained flat, with 18 percent now saying they are opposed to legalizing medical marijuana compared to 17 percent in 2017.

The poll also discovered that a solid majority supports reducing penalties for marijuana possession, such as changing it to a civil offense instead of a criminal office. The poll found that 67 percent of N.C. residents support such a move, while 20 percent say they are opposed and 13 percent say they don’t know.

To view more of the results from the poll visit here.